There is a staggering number of metal bands today playing the same old stuff. Freshness isn’t as prevalent as it should be, but some groups do step out of the mold. One of these such bands is The Contortionist, five young lads from Noblesville, Indiana who are just in their early 20’s, but already have the skills of the bands they idolized growing up. Recently the guys came to Toronto supporting Periphery and I had a chance to sit down with guitarist Robby Baca and talk about the music and the hype behind the band.

So how’s the tour going so far?
Robby: Great. The bands have all been treating us really well, great turn outs every night and overall just a good time.

Any memorable moments so far?
Robby: This right here. I haven’t seen a line like this for a show all tour so it’s really sick to see.

Your last record Exoplanet, how did this album come about compared to previous releases?
Robby: Well Exoplanet is a smash up of some old songs and some newer songs we had. We basically took some older stuff and revamped it and placed them with the newer songs we were writing to make a full-length and decided to take it into a sci-fi direction lyrically.

Check out the song “Axiom”

This album has such a diverse sound compared to a lot of albums being released today within the same genre. Is this a conscious effort or is this just what happens when the five of you get together?
Robby: It’s kind of both actually. We tend to write music that keeps us from getting bored with our music, so it kind of just comes naturally to us just because of our influences we all have.

Are there any musical elements you will be attempting that you haven’t had a chance to experiment with yet that you would like to?
Robby: I would like there to be a bit more of a Jazz element in the next album, but it’s really hard to say right now. I think that the heavy stuff will be heavier and the ambient parts will be more ambient. Everything on our next album will be cranked up a notch.

What are some metal and non-metal influences you have for your craft?
Robby: On the metal side I would say Meshuggah, Between The Buried and Me, Cynic… I could go on for days. For non-metal I would say Brian Eno and a lot of obscure indie music.

I remember before I ever listened to you guys I heard a lot of hype behind your band. Is this a normal occurrence you find?
Robby: I think it all depends on the region. Canada seems to love us a lot which is amazing, but we have noticed on this tour and the tour prior that there have been a lot of more kids and better turn outs then ever before and we haven’t see that before.

How does Canada compare to the States for you?
Robby: It’s almost like night and day for us to be honest. I would honestly much rather tour Canada, we would move up here if we could, but it’s not possible for the time being.

What’s the writing process like for you guys?
Robby: Our writing process is something that I haven’t really figured out yet. We never really had a set way of doing things, we just did things as they came up. It was weird how Exoplanet came about, we really didn’t plan it out well, but it came out better then we thought. For the next record we need to have more of a concrete way of writing and go about writing.

If you could compare your band to a food or a meal, what would it be?
Robby: I would have to say The Contortionist is a Taco Bell Chalupa because it’s just an explosion of flavour and it’s fucking delicious.

What’s on tap for The Contortionist after this Periphery tour?
Robby: In November we are going to Australia and it will be our first time off the continent and we are really stoked for that. We will be touring with an Aussie band called The Storm Picturesque. After that we will be in the studio in February and after the record is done we have a tour in March, but I can’t give too much details about that.

Check out the song “Vessel” 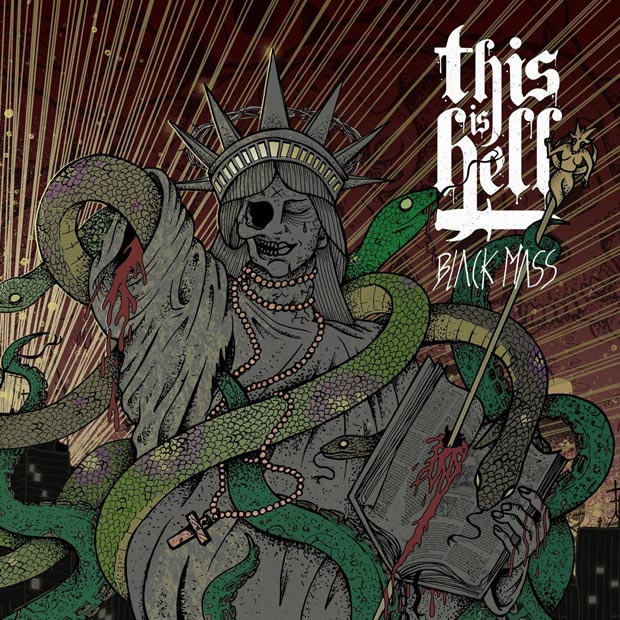 This is Hell – “Black Mass” 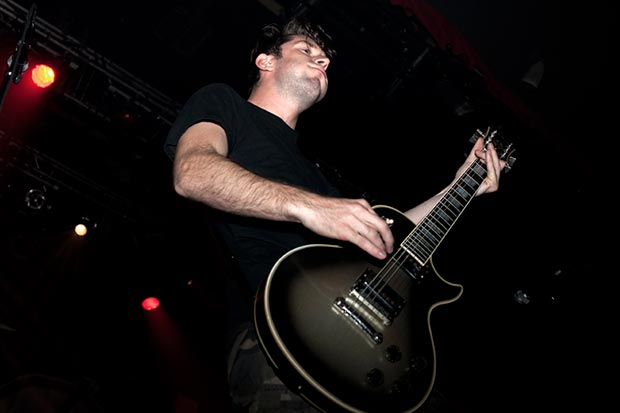