As a longtime fan of Sebastian Bach’s work, I had mixed feelings when I popped this into the player. I was hoping it would be better than his last solo release, Angel Down, which never really did anything for me. I was routing for him when the opening track, “Kicking & Screaming,” started the album off.

Thankfully, Bach comes out of the box swinging with both fists, proving that despite all the negative publicity he receives offstage, he’s still a major force to be reckoned with on stage. After more than two decades in the business I think he’s still one of the best front men in the scene today. I really enjoyed every song on this release including the slowed down ballad, “I’m Alive.”

While at times I felt Bach’s vocals seemed a bit edgy and forced, he still has the power and character we’ve all come to know and love. At the end of the day Kicking & Screaming is so much better than the previously mentioned, Angel Down. It’s a really good disc that I feel hard rock and metal fans will absolutely dig.

Check out the song: “Kicking & Screaming” 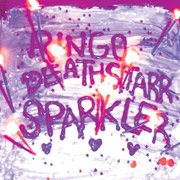 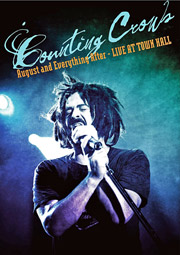 Counting Crows – “August and Everything After: Live at Town Hall” [DVD Review]