In the department of cool rock band names comes Sandman Viper Command. The band is four young guys from small town Ontario all around the age of twenty-one who grew up on ’90s alternative rock. Their dedication to their craft is second to none for an indie band as all four members have worked and practiced tirelessly at getting better at their instruments and song writing. Staying true to this devotion, the group isolated itself in a barn on the outskirts of Hamilton, Ontario to write and record their debut Everybody See This. The album puts the bests qualities of SVC on display, illustrating a varied and original sound coupled with lots of energy from four young men. We recently caught up with SVC’s lead singer Rob Janson to discuss how the band came to be, where its crazy name came from and what the writing and recording process was like for Everybody See This. Check out SVC on tour throughout Ontario in the month of September.

So tell us the origins of the band Sandman Viper Command? How did this band come to be?
Rob: As what I imagine is very similar to how the justice league came to be, we were all good friends in high school who all fell into our passion at the same time. In our case, this passion just happened to be music instead of crime fighting. We’d play together quite a bit in different one-off projects here and there and at some point after the high school years it seemed logical to give it an honest go. SVC was born.

You probably get asked this numerous times every day but how did you come up with the name Sandman Viper Command? It kind of sounds like a character from Transformers.
Rob: We actually stole it from a line in a movie. I won’t tell you which one exactly for mystery’s sake, but it’s pretty easy to find out which one if you punch our name in Google. Though I can tell you we probably ended up sticking with it for the same reasons I started this interview off with a justice league reference.

How would you describe your band’s sound to someone who hasn’t heard you yet? Who would be your main musical influences?
Rob: I’d say we’re a mesh of garage rock and indie pop, with moments tossed in there that can surprise. We’ve always been trying to play a familiar style of music with unfamiliar elements to keep things exciting for the listener and for us as well. Our influences are tough to pin down, but we’re definitely a fan of combining vintage rock aspects with contemporary ones when we write. Everything I hear influences me, even the worst songs can have a gem of an idea hidden amongst the shit.

So the debut record is called Everybody See This. How many songs did you write and record in total before making the final cut?
Rob: There were a few that didn’t end up making the cut, but I think we only recorded one of them, an old track called “Paperboy.” In the early stages though we knew we had something; we hadn’t totally found our sound yet and as a result there are a few songs that are now pretty embarrassing to look back on. Thankfully, those didn’t end up on the album. 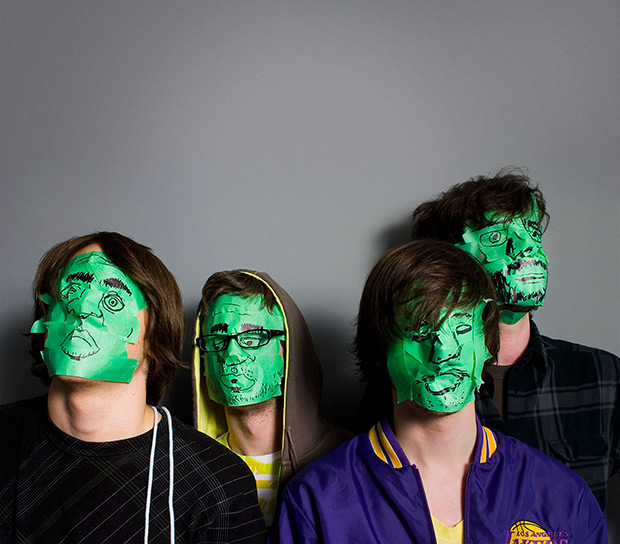 What are your top two or three tracks on the album? Which would you say really turned out the best out of them all?
Rob: We definitely dig different tracks for different reasons, but if I had to choose I’d say “Best Of Plans” and “Yo Bobcat” are the two that I’m happiest with. The songs have a definitive sound and I think we came as close as we could at the time to realizing their full potential. Looking back I’m also pretty fond of how “Using Everybody”, our experiment in pure pop turned out. Though it may not fall in-line with the other tunes on the disc, I think we successfully managed to pull off a straight up, undeniable pop song with that one.

Are these songs on Everybody See This relatively recent creations? Or have some of these tracks been written in at least some form for a while now?
Rob: The songs on Everybody See This were all written when I was 18 and 19, explaining the angsty vibe many of the songs can give off. Since then we’ve released Rough Love, our new 7″ which puts forth a bit more of a mature and refined side of the band. The lyrics are more focused and musically, while it still holds a lot of that screw ball mentality, each part is well thought out and integral to the song. We’re proud of that one.

You worked with Dave King to produce Everybody See This. Who got you initially acquainted with Dave and what was it like working with him?
Rob: We were lucky enough to have Dave see us play at the local dive bar in our hometown of Burlington. After the show he struck up a conversation with Aaron and the rest was history. We owe so much to Dave, especially as musicians. Throughout the process, in large part due to recording live-off-the-floor bed tracks, he really whipped us in to shape. It’s been monumental for our band. When we recorded Rough Love with Jon Drew, it was a completely different process, we were able to put 100% of our effort into the recording itself, not having to worry about our performance. So much of that was because of the skills we learned through Dave.

You worked on the album for a few months in a barn near Hamilton, Ontario. Why did you decide on this location to write and record?
Rob: Ah, the barn… It’s a magical place. The barn actually belongs to our music guru Dave so the decision to record there sort of went without saying. I’m not sure anything can compare to feeling you get while recording in that place; being in the huge room, surrounded by hundred-year-old wood out in the boons. I’d consistently find myself looking up while laying down a part and thinking, “Wow… The fact that I’m here right now is absolutely insane.”

I know it’s still early but do you have any plans yet to write and record a follow-up to Everybody See This? Are you currently writing any new material?
Rob: Right now we’re in the thick of working up new material for our sophomore release. The songs have a bit more of coherence to them than we’re used to, but it’s definitely a good thing. We’re shooting to get into the studio towards the end of the year.

What is Sandman Viper Command’s touring schedule like? Where can we expect to see the band live in the coming weeks and months?
Rob: The future months have us embarking on a couple of east coast jaunts, including stops at Pop Montreal and Halifax Pop Explosion, lots of Ontario touring and our first mission south of the border, which we are infinitely hyped about. Our internet network will have all the dates available. Chances are if you want to see us play, you’ll be able to.

Check out the song “Yo Bobcat” 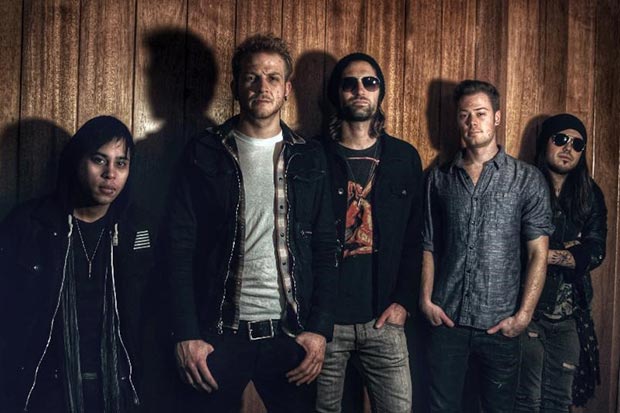 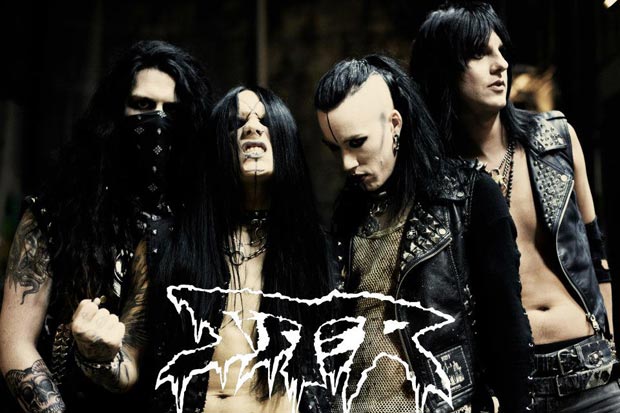 SISTER Premiere New Music Video for “The Unlucky Minority” Below