Check out the song: “Nothing Left”

Vocalist Austin Dickinson of the UK based metalcore band Rise To Remain spoke with me recently about the their debut release, City Of Vultures. The band has had quite an exciting year,’ they were voted Best New Band at the Metal Hammer Golden Gods Awards, they signed a major record deal with EMI records and they recorded their debut with famed metal producer Colin Richardson. On top of all these accomplishments they also had the good fortune to open for Iron Maiden at the beginning of the year. Here is how the conversation went.

By gaining a label deal at such an early point in your career it’s clear that record execs see a lot of potential in your abilities. Did that sort of pressure get to you when on were writing the new material?
Austin: Not at all, we recorded City Of Vultures without the funding or involvement of a record label; we put up the money through our management and just gave it hell ourselves. That ethos definitely resulted in an album that was totally of our own creation.

Debut albums really define a band and making a strong first impression is crucial. That being said, tell us a bit about City Of Vultures. What did you feel were the most important things to include on this album?
Austin: Debut albums do somewhat define a band. Until the next one is out. That said, City Of Vultures was always conscious of being a debut. We all felt that, seeing as this was our first worldwide endeavor, it needed to have something that “cut above the rest”. That was translated through the songwriting. We’re a band that actually composes songs, as opposed to jamming them until we’re happy with them. I think that our meticulous and focused approach to the writing and construction of the songs definitely gave us a different sound in comparison to a lot of debut albums. Whether it’s a better album, that’s up to you, the listener, to decide. But we’re very happy we took that approach. We felt it was important to showcase the heights that we can go to with the album.

Now that your album, City Of Vultures, is complete. How do you feel about it and are you satisfied with the outcome?
Austin: I am very satisfied indeed. There is always a hunger for expansion and for bettering yourself, that’s just natural, but I couldn’t have asked for a better debut record to put out. It took a hell of a lot out of me, mentally and physically. This album is our lifeblood of the past 3 years as a band. 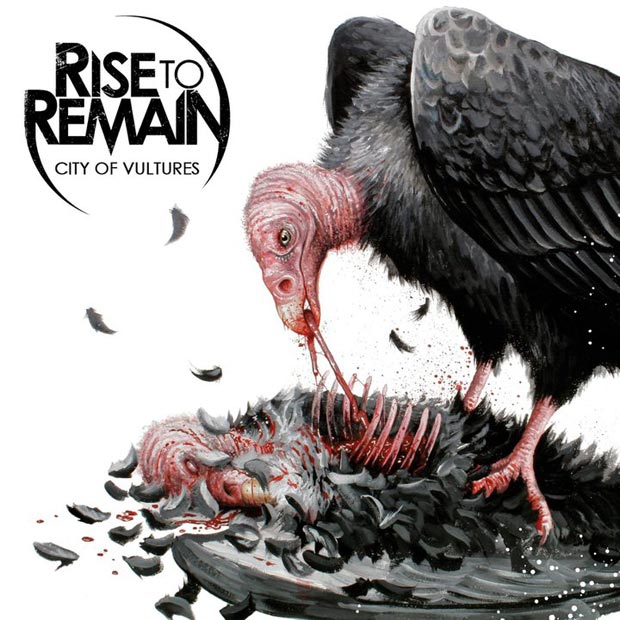 What lyrical themes do you cover?
Austin: The album is about being stuck in this metaphorical City Of Vultures. It’s a place that represents all the dark, lurking, self-important gluttons that seek to impose their law on you, that want you to live in their image and extort you for what your worth. Despite this, it’s a very positive album. The core message is about overcoming this struggle to “fit in” and be governed by those that seek to control you, and emerge an individual in your own right. “Forging your own identity” is the main idea behind it, and I think that’s fitting for a debut album.

What made you decide to work with Colin Richardson?
Austin: The fact that he is responsible for a massive bulk of modern metal production, and is also the holder of the most astounding pair of ears I’ve ever come across. He’s a legend, and we are so thankful to have had the opportunity to work with him. He has made so many classic albums, and to have had him on board was a massive honor.

When you write do you ever think about the live performance?
Austin: All the time, but it doesn’t dictate what we write. Playing live is over 50% of a band’s activity, so it’s impossible to not think about it, but it’s not something we think of when we write really. We think far more about the song.

Who are the biggest influences on your playing?
Austin: My personal influences are Chino Moreno (Deftones), Mike Patton (Faith No More) and Jesse Leach (Killswitch Engage). I think those three vocalists sum up the technique, lyrics and stage presence that I massively respect.

Check out the song: “The Serpent”

Times are tough these days. Do you have a job when you’re not touring?
Austin: I don’t currently have a job, simply because we’re so busy. Literally every day is filled with interviews, practice, tour or documentation. So, we are very busy. But I do agree, times are hard. That said, it’s our job as creative artists to come up with new and interesting ways of generating income.

Do you have any touring plans made yet?
Austin: We’re on our headline tour right now, then we’re out in the US with Chimaira, Impending Doom and Revocation, then we’re back in Europe with In Flames and Trivium, and then that tour goes over to the UK in December. So we’re fully booked!

What is next for Rise To Remain?
Austin:The future is ours for the taking, and we’re gonna fill it with shows. That’s how we like it. 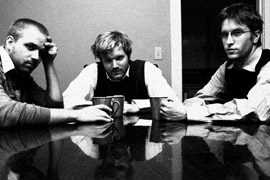