Check out the song: “Stone Angel”

Although Norwegian band Ulver began its recording career as a black metal band, the outfit has evolved so much since its 1995 debut album, Bergtatt—Et eeventyr i 5 capitler, that the only accurate way to classify it would be if there was a genre called “chameleon.” Its sound defies description, not just because it doesn’t fit neatly within musical boundaries, but because Ulver’s albums are meant to be experienced, not just listened to. Witness 2007 masterpiece Shadows Of The Sun, a beautiful soundtrack to perpetual grieving and isolation that’s anchored by rapturous violins that bookend the album on the songs “Eos” and “What Happened?”.

Although Shadows Of The Sun contained individual tracks, a continuous sonic theme was woven throughout the album. For Ulver’s latest set, Wars Of The Roses, released in May 3rd on Kscope Music, the songs stand as more individual entities. A few of them, like “Norwegian Gothic,” are clear survivors from the Shadows sessions. But ones like album intro “February MMX” will give fans a shock: The uptempo, crashing drums and jangling piano bars are not-so-distant cousins to one of a-ha’s darker pop songs (if a-ha threw out any semblance of balanced rhythms, that is). However, with change being the only constant you can expect from Ulver, the change in base might not be that surprising.

Ulver is also treating fans to a DVD (due for release later this year) of a performance that was filmed at the Norwegian National Opera last summer. Frontman Kristoffer Rygg describes the gig as “kind of the combination of more of our historical set … it was a beautiful concert in our hometown.” He chatted with PureGrainAudio by phone from Norway last month, his deep, watery voice as sonorous as you can imagine, the conversation occasional punctuated by the squalls of his children in the background.

The first time I heard your band was the 2007 album Shadows Of The Sun, and I was really impressed by it. Was the inspiration behind that album different from Wars Of The Roses, or kind of the same?
Kristoffer: I suppose. It’s always some strange concoction of some music you might listen to [that’s some] reflection of life while you make your stuff, but it’s also an idea. I think the last couple of years we’ve been getting kind of wanting to make not only kind of cinematical [music] but also pictorial lyrics to accompany it, so I think that kind of an idea we’ve taken a bit further this time, whereas the music itself is a bit more fragmented, the songs are more of [individual] pieces, as opposed to Shadows, which was a more holistic thing. Also lyrically, it may be a bit more internalized on this one. It’s kind of like painting lyrical postcards almost, touching on cultural traditions and things like that.

While Wars Of The Roses does have morose elements to it, Shadows I would describe as very funeral.
Kristoffer: [Shadows] is a more kind of cultural thing, and the answer to why that is, is [chuckles], is many-fold. It’s quite reflective of the fact that we’ve had the band perform live for the last couple years, so the way they booked us together was a collective effort in that sense as well. We didn’t have the same kind of limitless amount of time that we [are used to having]. We kind of had to do something, so we kind of put together these songs because they were the ones that we had. We’d got leftover material from Shadows that we used precisely because it was kind of branching out away from that kind of overarching atmosphere that’s going on from that record. That’s OK; that’s something we thought was fine for this record. 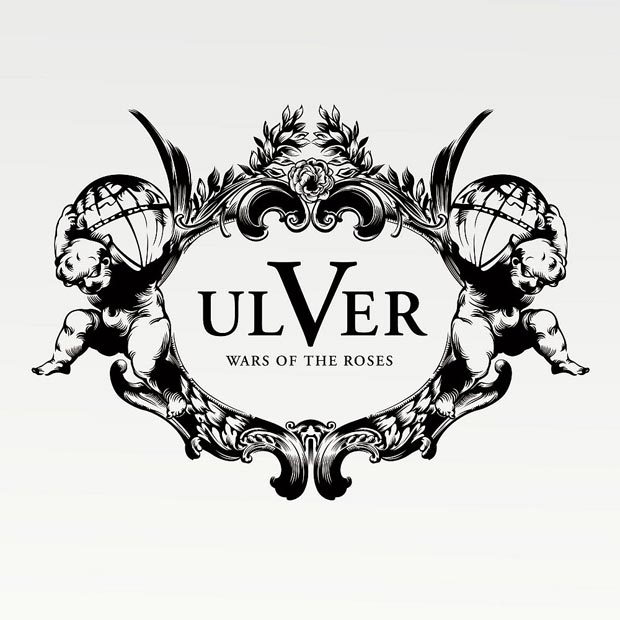 You are now a foursome instead of a threesome, since multi-instrumentalist Daniel O’Sullivan joined a few years ago. How has he changed the band’s dynamic?
Kristoffer: Hard to say. He lives in London, so a lot of the time we’ll be working on things, but he’s also very involved… and he was a very big resource this time in the live context… because there is a certain kind of method to our madness and that’s something that he’s had to kind of work within that kind of [framework]. So, put it this way: The album would have sounded different if he wasn’t part of it, but there would still be an album. [laughs] It’s very hard to say. There’s a reason why we invited him to become a member, and it’s not only to do with the fact that he’s a big musician. It’s kind of a shared sensibility.

A lot of things Ulver writes about is related to the human condition. When you are writing about it, is it more about you accepting the way it is, or do you guys kind of mourn the state that it’s in?
Kristoffer: I’d say both. We’re kind of an ambivalent band and the way that we treat our subject matter is naturally inclined towards sadness and losses or kind of, just things [that] aren’t necessarily very comfortable. But I think it’s important because it’s become a channel for these kind of—I don’t know if “frustrations” is the right word… it’s just a very kind of lethal subject. I’m not necessarily a sad person but [chuckles] our work [is] sad… We want to say meaningful things in very simple and direct ways without dressing it up somehow.

People regularly try to classify Ulver in one genre or another, but you really cannot with the type of music that you create. How frustrating does that get? At one point the band released a statement that said where you started was black metal but you’ve clearly moved toward something else.
Kristoffer: A lot of the time we’re usually quite disconcerted with that kind of stuff. I don’t necessarily like it. I love creating albums, but I also have trouble with music. I’ll not listen to it for weeks and then I’ll kind of get into it [again] so, at some point you might want to approach a sound or something that intrigues you, but at the same time you might realize that’s the wrong one, you should not [do it], you should try to get away from it. So a lot of the things we like I will try to get away from somehow. When I’m making music, I don’t want to sound like things that I love, but at the same time that’s kind of difficult [to not be influenced by what you listen to].

Check out the song: “Dressed In Black”

I understand the band just started playing out live a few years ago?
Kristoffer: Yes.

Why is that?
Kristoffer: [Laughs] We never needed to play live before because the music was very different, and we came to the point where we kind of realized that if we want to continue doing this we’re going to have to play live. But, with that in mind… having a sort of following of sorts, [we] didn’t go from being a band playing out the first album, promoting the first album and then going to the bigger venues. We went straight to the big venues. That was quite scary. We knew expectations were pretty high… so we had to put a lot of work, a lot of effort into it to make it work… and now the live aspect has kind of become its own thing.

The band toured Europe in March and April and did some other dates. What other touring plans do you have?
Kristoffer: This year we have one festival in Hungary in August, then we have another one, both headliners, in Leeds [England] in November. We have a gig in Athens, a few in Italy and two in Spain, one in Portugal, and that’s it for this year. And I’m also considering getting into studio work again… We talk to people about coming to the States [but] for now it’s logistically difficult.

Have you ever played over here?
Kristoffer: No. We’ve had semi-solid offers from New York and L.A., but for a band of our kind of [dynamic], with four people on the road or 10 people… it’s all this kind of shit. We can’t just do two gigs. Has just been a problem to get other promoters interested in us, to be honest. I’m not going to go play somewhere for a couple of months with a minus in the bank account. That’s just not going to happen, so we just have to wait till the promoters step up.

How would you describe an Ulver concert to someone who has never seen you guys play live before?
Kristoffer: Oh, don’t ask me that. [laughs] I’m onstage. I can’t answer that. 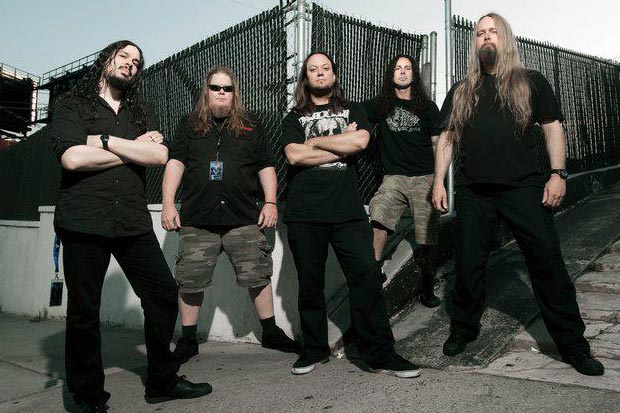 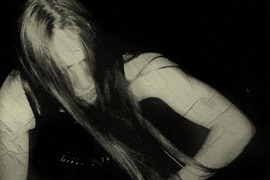