Check out the song: “Down On Me”

The Johnstones recently performed an energetic and crowd-pleasing show at the Green Bottle in Oshawa. Pulling people on stage, and giving them the mic allowed fans to belt out lyrics and enjoy the stage with these boys. I couldn’t stop dancing myself. Who knew trumpets could make my feet itch and want to dance? Sweaty from two-stepping, and overwhelmed by the July heat and intense show these boys just put on, I suggested that we do this interview outside. Cooling off in the breeze, I got a chance to talk to guitarist and vocalist Jarek Hardy, who was more than happy to chat despite just coming off stage!

How are you?
Jarek: Good! I couldn’t be better.

You guys have played a few shows in Ontario recently. How have they been? Any plans to go on tour in the future?
Jarek: They’ve been awesome! We’ve been recording, so we haven’t been playing much. We’re going on tour when the album comes out in October.

Describe you writing process.
Jarek: It’s mostly Ryan and I. We bring stuff to each other and the rest of the band. Then we show our producer, and it’s a process of layering and building each song.

What do you aim for with your music?
Jarek: We wanna be real. We have no projected goal. We just do what we want to do. So we’re not some fabricated band. We do what’s fun. There doesn’t have to be meaning behind every song, or some vague concept that means something deep. Music can be good without having to be incredibly deep or have some predetermined value behind it. 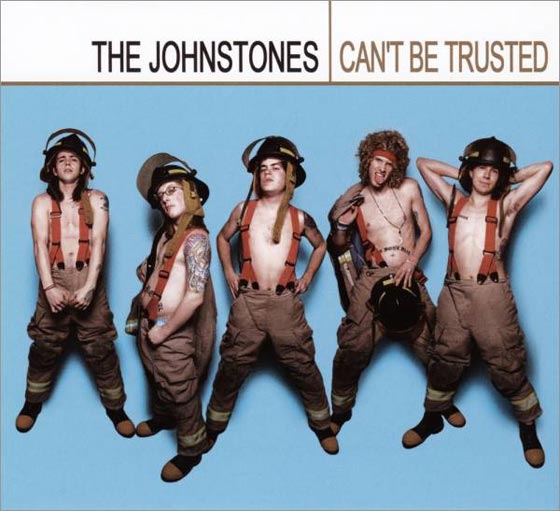 Tell me about a crazy night you’ve had as a band.
Jarek: Haha, man, that’s hard to decide. There’s a lot we actually can’t say on record! Well, Ryan and I played a show once and partied after. We were downtown Toronto, breaking into hotel room after hotel room, destroying shit. We got chased through the whole city. Ryan got away, but I got put in jail for the night. Later, they found Ryan and we both ended up spending the night in a cell.

You guys used to play at the Dungeon in Oshawa a lot. How do you feel now, looking back on those days, now that you have a much larger fan base in comparison to those times? Do you miss it?
Jarek: Totally. There’s a lot of nostalgia there. Every time we play a small town show in a small venue it reminds us of the Dungeon. It’s in our blood. The Dungeon will always be part of our history. It puts hair on your chest!

Were you seriously banned from Disney World?
Jarek Yeah! We almost got kicked out of the country for that.

Ryan’s dad is Steve Long, the president of Long And McQuade. Has that helped you guys on your way?
Jarek: Steve is very supportive. He has hooked us up with some repairs, but we’ve never asked him for much, or taken anything for granted. We don’t want to be a band that relies on someone or takes advantage of them. We don’t want that rep, but we’re very appreciative of his support.

Check out the song: “What’s Your Problem Man?”

Anything new coming out?
Jarek: Yep. We have a full length album, hopefully coming out in October. We’re working with a new producer. We have more freedom as a band, and are going back to our ska roots. As a band, we get people telling us what to do, so we’re pretty excited for this album. It’s fun and it sounds more like The Johnstones than anything.

Where’s your favourite place to play?
Montreal is always awesome. Anywhere across seas! We did a full month and a half tour in England, that was amazing. The crown in the UK was so supportive it was incredible. Even if they didn’t know the band, the venues would sell out and people would just come and enjoy the music regardless. Also our hometowns; Toronto and Ajax. It’s our family, and it’s always really fun.

Who are your influences?
Jarek: Beastie Boys, Less Than Jake, Toots and the Maytals, Bloodhound Gang.

Would you say you can relate to some of these bands because they convey their message in a humorous manner?
Jarek: Yes and no. I mean, we enjoy the humor and lightheartedness, but again; not everything has to have meaning. Music can be fun and lighthearted and we aim for just that.

What are you listening to right now?
Jarek: Right now… I’m really into Hanz Zimmer! Haha. 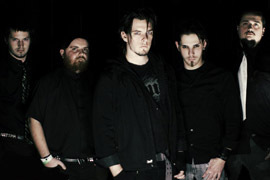 End of an Era: “This is Just the Beginning!”