With a name like The British Columbians it’s not that hard to guess where a band is from. This four piece blues rock group has made lots of progress since the release of their debut record a couple of years ago, reaching lots of different audiences all across Canada playing the festival circuit as well as their own shows. The band’s second record Made For Darker Things is due out in September with the digital version already available on the group’s official website. Already the BCs have amassed a solid following of fans largely thanks to the grassroots, Canadian kind of vibe that goes along with their music. Currently the band is playing shows locally with more full-scale, cross-Canada tour plans in the works. We recently spoke to the BC’s drummer Dave Moran to gain a little more insight and background into what this band is all about. Dave discusses the band’s origins, the writing and recording process behind Made For Darker Things and how a couple of the band’s songs wound up on television.

The band originates from Vancouver and has been together a few years now. How did the members of the British Columbians meet?
Dave: The band really started when I was hired at the same Vancouver area music store that Girard (Knox – singer/guitarist) was working at. At the time I was looking for a new project to get going with and within months it turned out that Girard’s band Cremona was coming to the end of their time together as well. Over about six months we started forming a friendship based on a lot of at work, in-depth conversations about music, politics and life, and then got together one weekend finally to hang out and play some music. Within a couple of minutes of starting to play we both knew there was something special there.

The British Columbians is a pretty rad name and obviously stays true to the band’s Canadian roots. How did you decide on this name?
Dave: It was honestly just an off the cuff suggestion by Girard at the end of a long list of names he had scribbled down. I instantly liked it and after a week or so of back and forth we decided to go with it. After all, the first album was already recorded and needed to be sent off for pressing…we needed something!

Check out the song “A Fine Mess”

Your second record Made For Darker Things is due out digitally in August and the hard copy is coming in September. How do you feel about this record as compared to your debut?
Dave: This record was a pretty different recording process than the first one. With the first record Girard and I laid down most of the parts track by track, individually after our initial drum and guitar tracks were in place. The overdubs were done at my home studio in Fort Langley over the course of eight months or so. After we were finished that album we knew we needed to officially get a band together to start playing shows – up until that point it was still just him and myself. So we pulled in (Christopher) Ellis on bass and Owen (Connell) on keyboards and toured the first record with the newly assembled British Columbians. As we soon discovered, the live aspect of the band’s performances ended up being a critical part of how the music translates and so we decided that for Made For Darker Things we would record live off the floor with the full band and try to capture more of the live vibe that the band can translate. As far as the songs and music on this record go, again it is a pretty eclectic mix of tracks. I think there is still a British Columbians sound to the record but we also touch on some things and venture out into some areas that we didn’t on the last record. We are all fans of a lot of different music and try and bring all of it in to what we’re doing here. Hopefully that translates.

How long did it take you to write and record Made For Darker Things? Was it a long process or did it come together relatively quickly?
Dave: Once we really started working on it the writing and recording process for this record it took close to a year actually – although a few of these songs have been floating around for longer than that. Ideally we would have liked the process to be quicker than it was but the reality is that we still all have to pay our bills while trying to get this thing off the ground, working day gigs and in a few of our cases starting families of our own now as well. It is indeed a balancing act.

Did you again work with Colin Stewart to produce Made For Darker Things? Or did you go with someone else?
Dave: We did use Colin this time around, yes. In secret Girard and I think of Colin like an auxiliary member of the band. He is just so good at what he does and at having a great outside perspective on what we do as well. He does what a great producer should do – get the best performances that he can out of the artist by encouraging and lovingly pushing. It’s a fine balance and he does it beautifully. Love that man.

Who created the artwork for Made For Darker Things? Is there any concept behind it?
Dave: Vancouver artist Chanda Stallman put together the artwork for the album. She does a lot of work in collage and is a friend of our bass player Ellis. He showed us her work and we loved it right away. As far as the concept goes, we didn’t give her any real direction. She listened to the record and we met for a beer and she showed us the basic outline of what you see here. I’m sure she might be able to tell you more if you’re interested though! 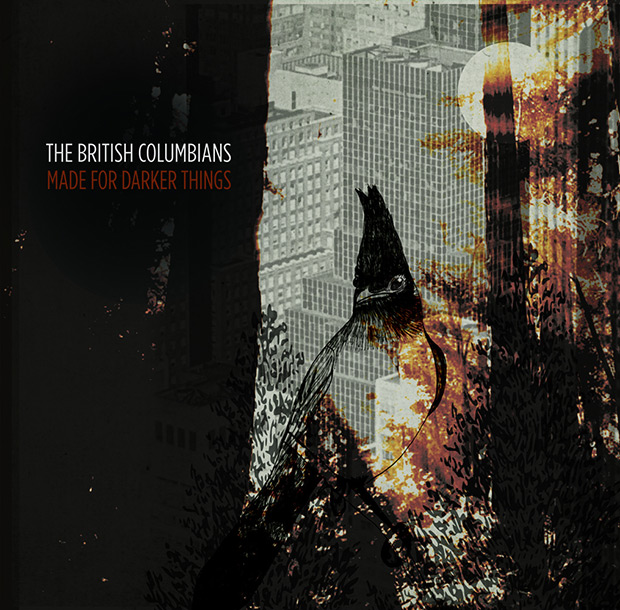 Who would you say are the biggest influences on your playing and the band’s sound?
Dave: A lot of Girard’s background is based in studying the old-school blues guitarists like Robert Johnson, Mississippi Fred McDowell and the like, while a lot of my more recent influences have been based on my four years playing drums and touring with West African guitarist Alpha Yaya Diallo. Beyond that, the band has influences ranging from groups like The Band, Led Zeppelin and Cream to a ton of more contemporary people like Mark Lanegan, Flaming Lips or even Wilco. That’s not to say that we’re trying to emulate any of those bands but our love for them is bound to come out in some of what we’re creating.

Do you practice together a lot?
Dave: These days we don’t practice as much as we probably should or would like to, but then again most of us have been playing for close to twenty years or so now and have a pretty good handle on our instruments. That’s not to say that we don’t work towards improving on our instruments because we do, and everyone can always learn more. I believe that while it’s really important to hone ones “chops” on your given instrument in order for you to be able to create, it is equally if not more important to practice the creation process itself. Too many musicians seem to forget that, it seems. It’s great to be able to play triple-paradiddle-diddle-diddles around the drum set but if there isn’t a real musical context to put any of it into, other than to show people you can do it, I’m not really sure what the point is.

A couple of your songs have been featured on television, including “Gasoline Handshake” on the show Degrassi and last year the song “A Fleeting Chance” was included in a Brita Water ad campaign. How did your songs end up getting on TV?
Dave: We have made some great connections with a number of music supervisors since the release of the first record and have been lucky enough to get some great TV/commercial placements out of it. It is one of the only areas of the music industry that still can help artists to make some kind of living from – or at least help to pay some of the bills. With my company Rural Records we are now trying to help other artists get their music down these same paths as well.

What’s next for the British Columbians? Where can fans expect to see you playing live in the near future?
Dave: The physical record release for M.F.D.T. is set for Sept.13th and the album release show is set for Sept.9th in Vancouver. The plan is to do a bunch of touring across the country in support of this record. We are also looking at trying to push the record into the U.S. and Europe as well this time around. One step at a time.

Check out the song “In The Leaves” 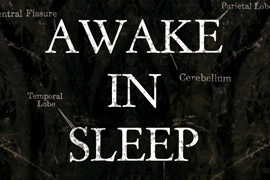 Awake in Sleep – “A Place To Die” [Song Stream]