Check out the song: “Fill This Place With Blood”

I recently had the pleasure of speaking with Wretched, vocalist for the horror punk band Grave Robber. Dressed in zombie costumes that look like they’ve been lifted from a B horror movie, these dudes put on one heck of a show. However if you peel away the costumes and over-the-top stage show, what remains is a collection of good, fun-to-listen-to, punk tunes. Here’s what Wretched had to say.

You guys just played the annual Cornerstone Festival. How did that go?
Wretched: Pretty stinkin’ amazing and by stinkin’ I mean the costumes need to be fumigated! Whew! We played The Encore Stage which is about as big as you can get without being on the Main Stage. There were probably about 1000 people there.

I haven’t had a chance to see Grave Robber live; are there a lot of antics to get fans into the mood?
Wretched: You really haven’t seen us, have you? Yeah, we try to make a Grave Robber show an experience. I won’t give away too much, but there’s a pretty theatrical show. We definitely aren’t shoe gazers.

Do you think those not familiar with the band might dismiss Grave Robber as being a gimmick band?
Wretched: Of course. Same thing with Kiss, Alice Cooper, W.A.S.P., Bowie, and pretty much every band who has tried to give the audience more than just great songs. That’s what we want to do! We feel live music fans have put up with sub par performances long enough and it’s time to bring the excitement and fun back to it! Give the people a show, not just a live jukebox. Personally, I think it’s pretty lame for anyone to dismiss any band without listening first.

When can fans expect a new release?
Wretched: We are looking at late October.

What kind of preparation goes into your live show?
Wretched: About twice as much hassle as a normal band! We obviously have to be concerned with the costumes, makeup, masks, etc. However, we are uber critical of guitar tones, drum tuning, monitors, etc. We are not primadonnas by any stretch, we just know we can give the audience more bang for their buck is our stage situation is one that’s conducive to putting out best foot forward! 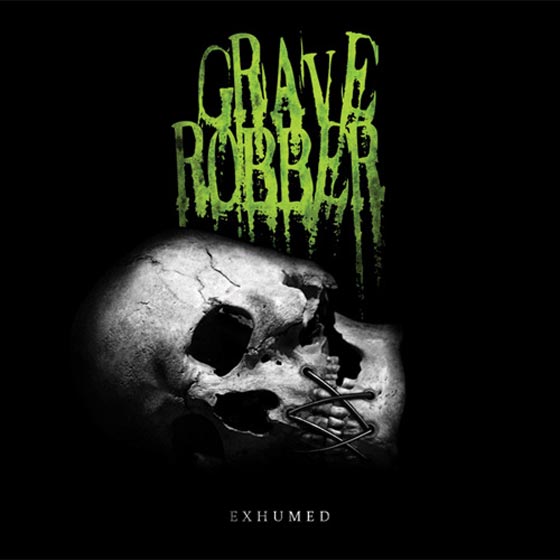 What song do you get the best response from in a live setting?
Wretched: Most of our songs are pretty catchy, sing-along kind of songs and those are always the best live. I’d say “Army Of The Dead” is a fan favorite. It seems like everyone has their own favorite Grave Robber songs, though.

What is the toughest lesson you ever learned in the studio and on the stage?
Wretched: Studio: KEEP IT SIMPLE. Live: don’t think too much, just react!

Do you have any other touring plans?
Wretched: You bet. We are always planning tours!

In a hundred years from now what will the music history books say about your band?
Wretched: We blame all fallacies of modern music by tracing it back this this band: Grave Robber.

All of that passion that you play with must be tough on you physically. How do you prepare for the physical demands of a tour?
Wretched: Lots of Twinkies. No seriously, we drink lots of water. That’s the secret. Keep hydrated. We aren’t partiers in the sense of drugs and alcohol. We are the last to leave the venue because we love hanging out, though!

Check out the song: “Altered States”

What artists would fans be surprised to find on your iPod?
Wretched: Sorry, that’s classified. Seriously, you’d be shocked to hear what’s on all of our mp3 players. Everything from Harry Chapin to Mortification to Johnny Cash to Petra to Motown to Kiss to… well, you get the point.

Tell me about a book or two that you’ve read that you think other people should read?
Wretched: ‘Simplicity’ by Mark Salomon. Amazing perspective about how you can get jaded, but then ultimately see things clearer. ‘Save Me From Myself’ by Brian Head Welch was just a great read about an incredible journey. Top notch!

If you had not become a musician what other career path would you have liked to attempt?
Wretched: Producer. I still might do that!

If you were a superhero, who would it be and why?
Wretched: Batman. Just a normal guy with no super powers who fights for what he believes. 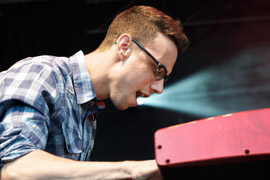 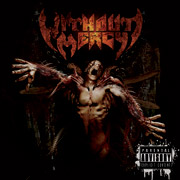