Check out the song: “Procession Of Ashes”

I recently sat down with vocalist Hernan “Eddie” Hermida of the extreme metal act All Shall Perish. The band is currently touring in support of their newest release, This Is Where It Ends and are part of the Mayhem Festival that is making its way across North America. I was in attendance for the show and let me tell you, these guys can really rip it on stage. Here’s how the conversation went.

How is the tour going so far?
Hernan: It is going great. This is The Mayhem festival how could it not be great? There are a bunch of people coming out just because it is the Mayhem Festival so we are getting a lot of attention from people that have never seen us before, so this is huge for us.

How are you dealing with the extreme heat? It is quite hot out there!
Hernan: You know I am from Venezuela so I am not bothered by it; I love the heat and I love the humidity. I try and stay cool by staying inside the RV, but I don’t do much else.

Now that your new record, This Is Where It Ends, is complete, how do you feel about it and are you satisfied with the outcome?
Hernan: Yeah it is the best thing that we have ever put out. To me the band is in the best state it has ever been in and I really, really think that this record is probably the most put together record we have ever done. I am really looking forward to seeing how the album does. The reviews have been great so we will see. 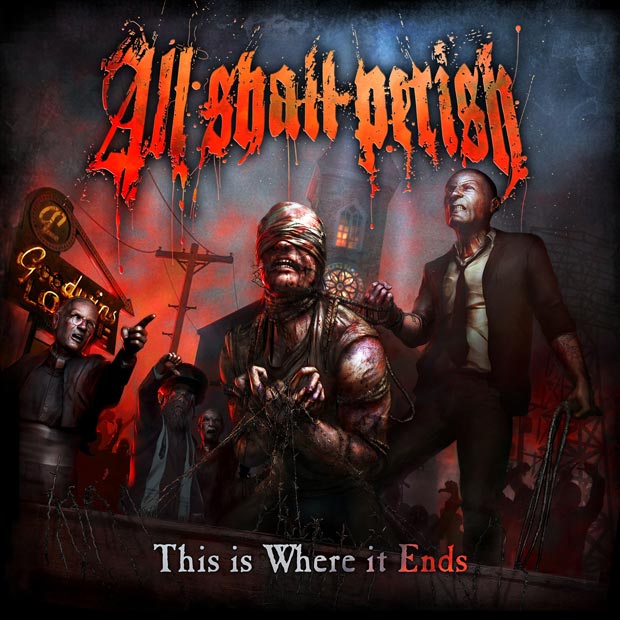 Are there any tracks on the disc that are personal favorites or that have good stories behind them?
Hernan: Well we all like Faith No More and we did a cover of “Surprise! You’re Dead!” on this record and it is kind of my favorite song on the record just because of that.

Do you guys have any rituals before you hit the stage?
Hernan: We kind of all put our hands together and try to make ourselves laugh before we hit the stage to kind of relax and loosen it up. We all get really nervous and we all get into these crazy tunnel vision zones.

So even though you have been doing this for so long you still get nervous when you get out there?
Hernan: Yeah of course, this is a lot bigger than we have ever expected. We are coming from playing shows for like 30 or 40 people and now we are playing for thousands of people so it is totally different. You fuck up, you fuck up in front of thousands of people.

Check out the song: “There Is Nothing Left”

Do you find the rigors of touring taking a toll on you as you get older?
Hernan: Nah, I am killing myself slowly, but I love it, there is nothing else to it.

What has been the most memorable moment of your career so far?
Hernan: I think I would have to say playing my home town on this tour in front of about 5,000 people and everybody was showing ultimate support for the band. It was really breathtaking, I almost cried onstage. Every hair on the back of my neck was standing up. It is an honor to be playing a venue that I went to as a kid to see shows like Ozzfest, Sounds Of The Underground and Mayhem. Then to be one of the bands playing on that stage was an honor and there is nothing I could ever give back to thank those people enough.

What kind of touring plans do you have after this tour?
Hernan: We are going out on the road with The Black Dahlia Murder and we are talking about doing Europe in January and then a headliner in March.

In one hundred years what will the music history books say about All Shall Perish?
Hernan: Best extreme death metal band!

Any closing words at all?
Hernan: Always wear a condom. 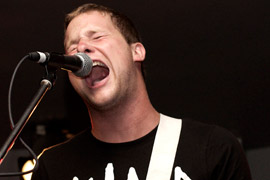 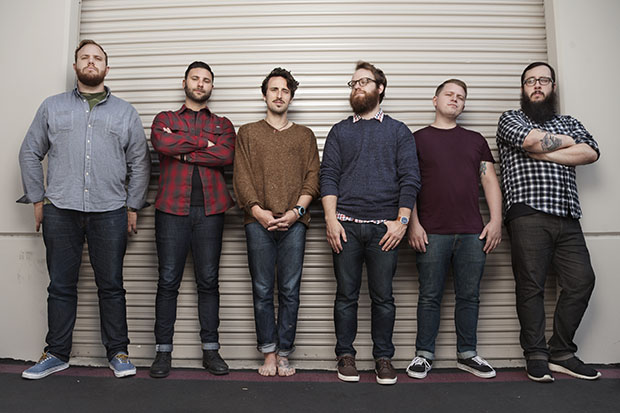