A lineup change for any band is a precarious, if not ominous, proposition. With instant skepticism from fans and critics alike, an uncertain future, not to mention the shift in the dynamic of a band’s relationship, the success of the new incarnation is anyone’s guess. We saw The Smashing Pumpkins fail miserably at realigning, The Red Hot Chili Peppers only experimented with Dave Navarro for one album and yet bands like Queens of the Stone Age and Coheed and Cambria not only embrace new membership, but have somehow thrived under such conditions. In a way, the rotating lineups have become part of the bands being, almost fundamental to their success.

This was the position In Flames found themselves in with the departure of founding member Jesper Stromblad before embarking on their new album, Sounds of a Playground Fading, released June 21 this year. And the million dollar question? Have they successfully moved on or is this the beginning of the end?

If you’re concerned that In Flames have changed their sound in any significant way, rest assured, Sounds of a Playground Fading is a distinctly In Flames album. It’s full of crushing rhythms, shredding guitars and melody. The difference between this album and previous successes Come Clarity and Sense of Purpose is subtle. The album has a more subdued vibe, but not for a lack of driving riffs and double kicks. In listening to Sounds of a Playground Fading you get the sense that this is an introspective and reflective album for In Flames. With songs like “Enter Tragedy” and “Jester’s Door” it’s clear they wrote the album with heavy hearts and that the past year has found it’s way into their music.

So what’s the verdict? Well, it would be overly simplistic to suggest that a band with 20 years experience will fade away because of the departure of one member. I will say this, if you’re already a fan of In Flames, you’ll appreciate Sounds of a Playground Fading, however, if you’re new to them I would start with something like Come Clarity. 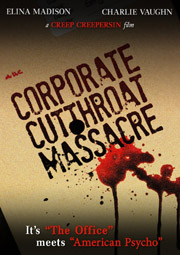