The electronic music event of the summer, IDENTITY, has unveiled numerous festival attractions, providing a glimpse of what’s in store for attendees as it sets to launch this week, August 11 in Indianapolis.

IDENTITY features three areas of music—the Skullcandy Main Stage, Rockstar Energy Drink’s Dim Mak Stage and the Advent Stage—that will run all day leading into the late evening and play host to a myriad of the best and brightest electronic music titans. On these stages, artists such as Kaskade and Steve Aoki are set to debut brand new state-of-the-art live show productions that audiences have never seen before. Across the board, IDENTITY promises to be a modern marvel of a festival, boasting custom daytime production that evokes the sights and sounds of a hot nightclub even during the afternoon under the summer sun.

Further expanding the “festival experience” into cyberspace, IDENTITY has launched the official IDENTITY FESTIVAL iPhone and Android APP. The APP is available for FREE via the Apple and Android marketplaces and it features up-to-the-minute set times for festival dates, a live news feed, contest updates, photos, videos and the ability to download music from IDENTITY artists. Users can also stay in touch with friends via the APP’s LoKast feature. It’s available here: iPhone – Android

Roaming around the grounds will undoubtedly prove just as exhilirating as dancing to this lineup. Fans can expect to experience a concourse fully loaded with a vendor village, multiple Skullcandy activations, Rockstar Energy Drink’s “Tasting Tent” and “Rockstar Lounge,” a VIP lounge/bar and so much more.

The Vendor Village will showcase both traveling vendors and local wares in each city. Dim Mak joined forces with chic clothing/toy brand Tokidoki for an innovative pop-up store where visitors can purchase limited-edition collaboration pieces, apparel and more. While roaming around, fans can cool off under misters and try free samples of Rockstar Recovery in the shaded Rockstar Energy Drink “Tasting Tent.”

IDENTITY has also teamed up with Advent Clothing for other interactive and immersive activities. Within the concourse area, the featured acts will be doing signings and meet-n-greets throughout the day, too. Reasonably priced water as well as water fountains are abundantly available throughout the festival grounds, allowing everyone to stay hydrated while dancing; another way festival goers can get out of the sun is to grab a drink in the VIP Lounge/Bar.

In addition, IDENTITY has announced details for the Las Vegas date. The festival will make its way to Sin City on Labor Day (Monday, September 5) at the Mandalay Bay with performances by headliner Kaskade, along with Pretty Lights, Afrojack, Steve Aoki and many more. IDENTITY promoters have announced a special sale for the Las Vegas show. Today only, fans can purchase a *$40 general admission ticket via Ticketmaster here: http://bit.ly/oC8bjh.

The first-ever touring electronic only music festival will grace major outdoor amphitheatres throughout North America in August and September, and its touting all kinds of fun on stage and off. Discover IDENTITY and experience the future of summer festivals and electronic music.

Catch IDENTITY FESTIVAL this summer at the following venues: 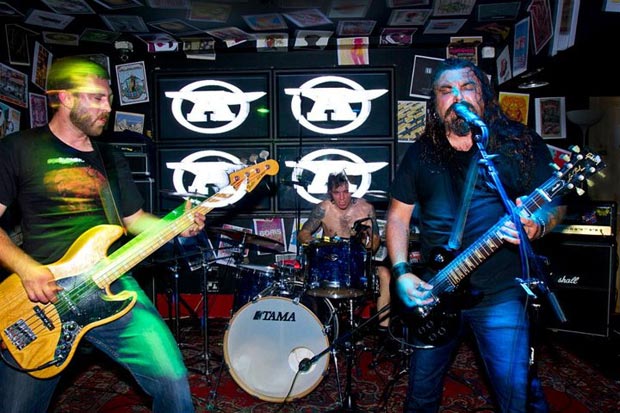