Recently I sat down with A Clever Con guitarist Ryan Marsa to discuss that one piece of gear he uses to obtain his signature sound. These New Jersey rockers play a contagious brand of music that is guaranteed to grab your attention and get you on your feet. Here’s what Marsa had to say about his amplifier.

What one piece of gear do you use to obtain your signature sound?
Ryan: Only one piece? There is a lot that goes into crafting my sound, whether it’s live or recorded. My guitars, playing technique, effects and speaker cabinet all play a huge role, but overall, my Mesa/Boogie Dual Rectifier Roadster Amp Head is the foundation behind my sound.

What about it makes it so important to you?
Ryan: Playing guitar is my artistic voice on stage. I only sing back-up, so how my guitar sounds is how I am able to emote and convey the feeling behind my part on stage. If my guitar isn’t amplified and equalized up to where it needs to be, then I can’t do my job. From the second I started playing guitar at the age of 13, I was always on a search for the perfect dirty guitar sound. It needed to be heavy and aggressive, yet clear and audibly tangible for complex chord structures and progressions. I found that some amps just end up grainy or muddy pushing out a lot of gain, especially solid state amps and digital distortion pedals. The Roadster really hit the nail on the head for me tone-wise.

What are the major pros and cons?
Ryan: It has a lot of features. That’s a pro and a con. Each of its four channels (each increasing in gain and sometimes Presence) has their own settings for: 3 different gains, wattage, Reverb, FX loop, EQ, volume and options for Diodes or Recto Tracking. Unless you know the Roadster in and out, it can be a bit overwhelming at first. But once you get it… the possibilities are endless.

One con about the amp is that the dials have no labels of units. There’s no ’11’ to go up to! Other amps might have a click-in-place system or markers to show you where you’re at, but with the Roadster it’s blank. There’s just a circle shaped indent on the dial. You really have to take a mental snap-shot and rely on your ear. Every venue is different with the amount of stage volume you can spit out (while sometimes having to make sure that my drummer can hear me). Since I have to adjust the settings for four independent channels, there can be a lot of back and forth from my pedal board to my head. It can be annoying, but once it’s down, it’s golden.

To me this is a pro, but the head is loud as hell. The amount of headroom the thing has is ridiculous. On average the volume for my dirty channel sits between 8 and 9 o’clock (that’s my best reference since there’s no label of units). The dial’s max is all away around at 5 o’clock!! The con of this that sheer power of the Roadster has knocked picture frames off my walls. When tracking The Robot EP, it even shook up the walls and windows separating the control room and the live room! But hey, it’s a tube amp – the louder is gets, the better it sounds.

How long have you had it, how do you use it, would you ever change it?
Ryan: I bought the Roadster from Guitar Center in 2007 and haven’t really looked back. This is off topic, but the GC near me is #666 Route 18… which is always an amazing omen. At every gig, the first thing I play out of the amp is the opening guitar part to the song, “Siberian Kiss” by Glass Jaw. The tradition of this just gets me in the mood to rock out and gives me an idea where I am tone-wise to get the ACC guitar sound I need. The amp has become increasingly useful for me when we do some cover songs. I can really customize each channel to accommodate our set list which spans over the past 30 years rock music.

Any final thoughts or comments on the gear?
Ryan: The build of the thing is amazing. It’s survived so many shows and endless amounts of travel to gigs. It’s got the solid frame and the leather exterior is incredibly durable. That’s really why Mesa/Boogie heads don’t depreciate much in value. They last forever. Aesthetically, I love the all-black look of the amp. It sets it apart from its Single, Dual and Triple Rec counterparts, whose silver plate look comes off as a little gaudy to me. I’ve had fans come up to me asking me how I painted it.

It’s a beast in the studio. It’s just so versatile that you can play any genre on it. It’s not just a good amp for dirty sounds. With all of its setting, you can really plug in any guitar and fine tune a channel to compliment that guitar’s unique characteristics for whatever you want. On the new A Clever Con record we’re tracking, I’ve used a PRS, a Les Paul and a Stratocaster. Everything I’ve heard so far sounds amazing and we’re only at rough mixes right now! We’re doing video blogs of us in the studio, so you can check out the Roadster in action at youtube.com/aclevercon or facebook/com/aclevercon. 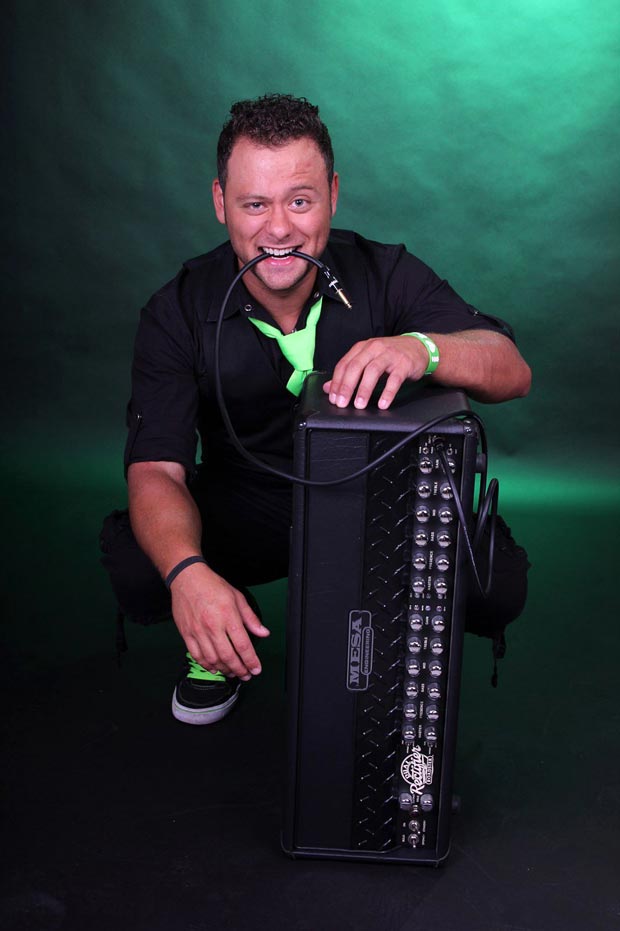 Check out the song: “60 Amp Disconnect” 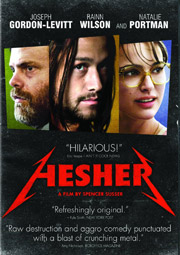