Skying is the third album from British band, The Horrors. The slightly obscure post punk fivesome have never endured success like they have with Skying as it rocketed to number five in the UK charts, twenty places higher than previous effort Primary Colours. Is their success justified? Definitely, yes.

The consistent quality possessed on Skying is quite remarkable. The opening two tracks, although a little slow, set the scene perfectly for the band to step up a gear and bash out four irresistible efforts, with “I Can See Through You” a particular highlight.

The band are pretty much spot on when it comes to the music, although the synthesizers can be overbearing at times. However, it is lead singer Faris Badwan who steals the show with an emotionally charged, deep voice and his lyrics paint some very scenic pictures in your mind, such as those sung on “Dive In”: “the wind combed through her hair like high notes, tinkling furrows across the sky, there would be tears, flowers, long shadows, she could see it now, the jets would dive.”

Sure, there are one or two weak tracks such as “Wild Eyed” and “Monica Gems” which were unstructured and frankly, a bit of a mess. However, looking at the overall picture Skying is a great record from a band who have now successfully emerged from the underground.

Check out the song: “Still Life” 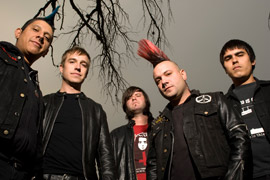 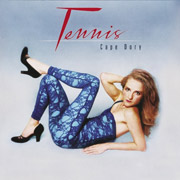