You might refer to Fullforce as a Swedish heavy metal supergroup. Formed three years ago, Fullforce features former members of HammerFall along with Cloudscape and Silent Memorial singer Mike Andersson. The group recently signed with SPV/Steamhammer Records to release their debut album One just released in Europe in June. The album has been getting some good reviews so far with a North American release set for July 26th. The band has not had much of an opportunity to tour yet but they have dates set for September in Sweden and Germany with plenty more to be announced soon. In this interview with the whole band they discuss the conception behind the band, some details behind the writing process of One and what it was like for a bunch of well established musicians to work together on a brand new band.

Fullforce formed about three years ago in Sweden. How did you all meet and decide to form a metal band?
Stefan Elmgren: It all started with me and Magnus Rosén talking about starting a band. He knew Mike already then and asked him if he would like to try and start something with us. Me and Mike started writing music together and then Anders and CJ came along into the band and we all got involved with the song writing for the album. Magnus then decided to leave the band and we got in touch with our bassmonster Tommy!

What metal bands or artists would you say really influenced the sound and the playing style of this band?
CJ Grimmark: Well, I might not sound very humble saying this so please have mercy, ok? From all years of writing with our different bands on so many albums I guess we all developed our personal styles of writing. We definitely owe some credit to a lot of bands in history such as Iron Maiden, Queensryche, Yngwie (where Anders played a big role in the past), Rush and many more. But, I think we feel pretty safe without looking too much at others when we write nowadays.

Your debut album One just came out a few days ago. How do you feel about the album now that it’s been released?
Tommy Larsson: We are really damn proud of it and this far we have received fantastic reviews and also great feedback from fans from all over. We have had a great time and a fantastic journey through the song writing process ’til the finished product and we are really anxious to hit the road and play live. We have actually already started to write songs for our second album.

When did you first begin writing for the album? How long would you say the whole process of writing, recording and producing took in total?
Mike Andersson: Me and Stefan started to compose songs for One in early 2009. The first song finished was “Heart And Soul” which is composed by Stefan. Later on CJ Grimmark and Anders Johansson joined fullforce and participated in the song writing process. All songs are musically composed separately. Nonetheless all vocal melodies are written by me. From the day we started to compose the music ‘til the album was completely recorded and mixed it took around 1.5 years.

Would you say that the sound of One turned out exactly the way you envisioned that it would when you started writing and recording it? Or do you think it’s changed a lot since you began working on it?
Anders Johansson: It turned out better than I thought. We recorded it in our home studios and thanks to CJ it sound like it does. Some things changed from the basic ideas but that always happens when you are involved with creative musicians like these guys are. I think we all are really happy about it. It’s often the opposite way when you record albums, especially when you have many different musicians involved. But this time it turned out great.

What does Fullforce have planned in terms of touring? Where can we expect to see the band on the road?
Stefan Elmgren: Yes we definitely have plans for going on tour. First of all we will probably go around Europe and then we will see.

The members of the group are all from other, successful metal bands out of Sweden. Was it difficult in the beginning to find a writing chemistry between all of you in the studio?
CJ Grimmark: Mike’s melodies and vocals and our ways of playing is a glue that keeps the album together. Even though songs like “Oblivion,” “Open Your Eyes” and “Suffering In Silence” are very different from one another I think they work well and keep the album diverse. We wrote 18 songs I think, and we picked the album tunes out of those. This was a process where we simply voted. Sometimes you need to “Kill Your darlings,” but we got through it all smoothly.

Did you work with an outside producer on your debut record or did the band self-produce it? If so, why did you decide to produce it on your own?
Anders Johansson: It was self produced, but CJ was the guy that mixed it and put all the parts in place. We used him since he is a great producer and musician. Luckily for us he also plays in the band. But all members are just as important to the sound.

To release One you signed with the well-respected metal label SPV/Steamhammer Records. What attracted you to signing with this label?
Tommy Larsson: We actually had a few labels that were interested to start working with us but, we chose SPV / Steamhammer because they have really great metal tradition and a very good network so to speak. They are of course also really great people and great to work with personally and we have great contacts with them so, the choice was quite simple.

What’s next for Fullforce? What are the band’s plans for the summer and fall of 2011?
Mike Andersson: We have gigs and tours in the works so, that’s our main ambition to organize together with our booking agencies. Apart from that we will continue to compose music for our second album. 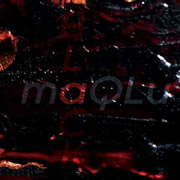 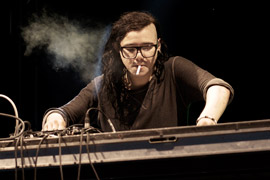