Check out the song: “This Is So Good”

Hey Sugar are a Montreal-based band that bring back that old-school rock n’ roll, but with a mix of modern hardcore. The first time I heard the group I instantly fell in love with their classic rock n’ roll soul and spirit as it’s something that most current, popular bands are lacking. The band recently finished recording their Matt Ray and Oli Jean-produced debut album and have filmed their first music video for the track “All That I Need.” I got a chance to talk to bassist Marc Astolfi about what the band, what it was like shooting their first music video and what 2011 has in store for the guys.

How would you describe the writing process for your band?
Marc: The writing usually starts from a guitar riff that Jeff or Jessy brings to a band practice. Then all four of us work on bringing out the best of it. We spent a lot of time writing our first album trying to define our sound. We also like to think of what the whole album will sound like to make it fluid instead of writing all individual songs. We are now starting to write new stuff for a second album and we definitely like what it’s starting to sound like.

Which bands would you cite as your musical influences?
Marc: We grew up listening to all kinds of music, from early 60’s and 70’s rock and roll bands (Led Zepellin, Rolling Stones, Black Sabbath, Jimi Hendrix, AC/DC) to punk, metal, hardcore (Underoath, Every Time I Die, Memphis May Fire, Maylene And The Sons Of Disaster, Valient Thorr). I think it all reflects through our music; a blend between vintage and modern, a contrast between heavy music and yet a passive ideology.

Is it difficult for your band to find shows to play; considering there are very few, if any, bands with a similar sound to yours in Canada?
Marc: We don’t have much difficulty booking shows. Kids are ready for new music and they are opened to it. People often tell us that it is refreshing to have a different genre on the set list.

You recently shot your band’s debut music video for “All That I Need.” What was the experience of losing your music video virginity like? Any stories from the set?
Marc: It was a really nice experience. It was a lot of work and preparation. We filmed during a whole night and we had to warm up between takes because the temperature was so cold. Jeff was sentimental about destroying his telecaster. He gave it a last kiss and BOOM.

How has the band evolved or changes since your formation and the first few songs you wrote?
Marc: Since day one we bounded the basic ideas that we were all aspiring at for years. Smoky, raw guitars riffs based on bluesy scales, huge groovy bass sound, aggressive square beat drumming and heavy screaming vocals. We are always looking for new techniques and sounds but the recipe stays the same!

What do you feel has been the band’s biggest accomplishment to date?
Marc: First releasing a full length album was a long time dream for all four of us and we are very proud to have done that on our own. Now to tour with this album is a dream coming true.

What’s your favorite venue/town to play in and why?
Marc: All the cities we’ve played in are amazing, but I guess I’d have to say Montreal is our favorite because most of our friends and families are from around there. The devil’s gap in Banff was also a pretty sick venue to play in. The place was sold out and filled with a bunch of kids that were hard rocking! People were throwing beer on the floor to slide on it. Pretty intense.

You recently did a mini-tour of Southern Ontario in February, how was playing Ontario for the first time?
Marc: We had actually played in Ontario on our Canadian tour last summer! We get a better and better response every time we come! We’re now planning to come back with maybe a bit more dates. We love to party with our Ontarian pals!

When can your fans expect a new album?
Marc: We are currently writing some new songs. We don’t want to rush anything so we take our time to write the best music that we can. I’d like to think of a release in spring/summer 2012.

What does the rest of 2011 and the future hold for Hey Sugar?
Marc: Lots of touring. We are preparing a Eastern-Canadian tour for the end of the summer, we will also be part of the KOI fest in Kitchener, Ontario and the Pirate fest in Montmagny, Quebec. We have plans to shoot a second video clip this summer… What song do you think we’ll do it on? 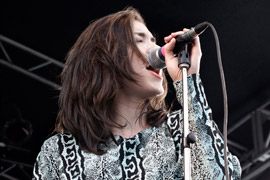 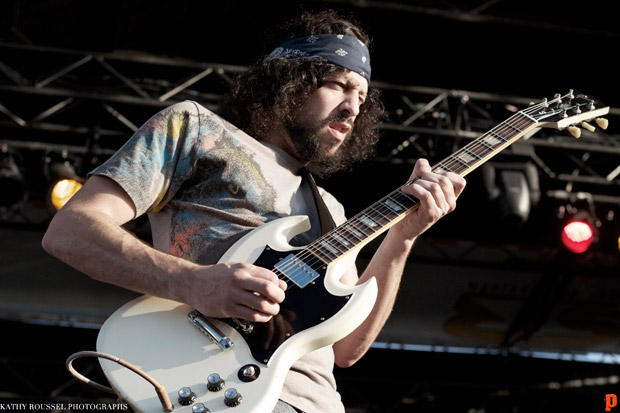