Check out the song: “White Rabbit”

John Falls, lead vocalist for the alternative metal band Egypt Central, recently spoke with me about the group’s newest release, White Rabbit. This is the band’s second full-length offering and their maturity is evident in the songwriting and playing. The band is currently winding their way around the U.S. on tour, so check them out live. Here’s what Falls had to say about White Rabbit.

Now that your new disc, White Rabbit, is complete, how do you feel about it and are you satisfied with the outcome?
John: Yeah most definitely. It took us a long time to get to the second record from the first record. We went through a lot of stuff and we said to ourselves beforehand that if there was anything that needed to be said or anything that we needed to get out who know if we will get another opportunity. We felt very fortunate and we took it serious so we just wanted to put the time and when we got done I just remember listening to it for the first time and I couldn’t believe it was us and we had matured that much from the first record to the second one.

What was the writing process like for the disc?
John: It was a little different than the first. Joey has always been the lyricist, but obviously on the first record there were multiple contributions. Joey and Blake really had the idea and the direction for this and they really put in a lot of work in the off-time so when we came together to work on this record there was so much material. It was a different process which was really good for me because when we did the first record I had only been with the band for two months and I had never been in another band or done anything before that.

I actually had a lot of time to really focus on my singing and my delivery and how I wanted to come across as a singer and I felt like I really wanted to show off the depth that I had gained as a singer. It was really cool to have the backbone that we have in this band and having so many creative people. It was really a great process and everyone is so open so even if one person is writing something everyone is open to ideas. It all changes when you get in that room and you start putting it together. You may have an idea and I may hear something acoustic and you go in and start tracking and it is completely different.

How does it make you feel when the emotion and power you envisioned while recording comes to life in front of a crowd?
John: That is what we live for to be honest. When you are a musician you make the record so people can listen to it and then come see you perform it live. That is really what we are, there are recording artists and performing artists and we surely consider ourselves a mix of both. We love to record records but the thing we love more than anything is getting up on stage and performing it in front of everybody. People had heard the new single “White Rabbit” on the radio, but they had not heard the other songs so we out about fifty percent new stuff in the set just to see if people would dig it and the response has been just outstanding. I am excited to see how quickly people are now learning the songs they are already getting on YouTube and learning the words and singing them so it is really a great response. It is the number one joy of being an artist when people attach themselves to your words.

What’s the story behind the name Egypt Central?
John: What happened was we had a dry erase board in our room and we would throw up names. Some were awesome and some were ridiculous, but they all sound good at 3:00 a.m. especially after a couple of twelve packs. We had so many different names amongst the band that it was hard to decide what to choose. We decided to create a name that was about where we started and where we are from. So Egypt central is actually just a street in Memphis.

What artist would fans be surprised to find on your iPod?
John: Garth Brooks.

Can you tell me about a book or two you have read that you think others should read?
John: I read a lot of Edgar Allen Poe.

If you had not become a musician what other career path would you have liked to attempt?
John: Probably would have been an actor. I have a passion for entertainment.

If you were a superhero, who would it be and why?
John: Wolverine because he is not a good guy and not a bad guy. He just stands for what he wants and he is as tough as nails.

Any closing words?
John: Go pick up the record and come say hi to us on the road. 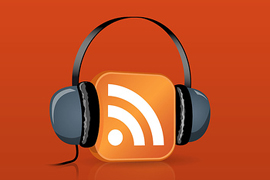 Podcasting: “How a Metalhead Got His Music Back” 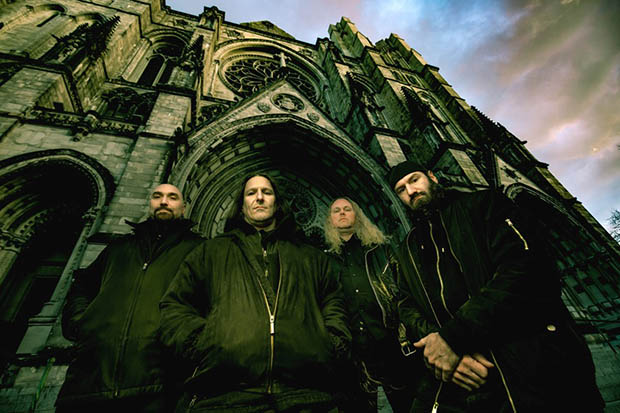