Check out the song: “We All Bleed”

I recently had a chance to speak with Les Hall, guitarist of the hard rock band Crossfade. The South Carolina based band has just released their latest disc, We All Bleed on Eleven Seven Music. The band has just finished up a 3 month tour and they are preparing to head out once again on the Rock Allegiance Tour with Buckcherry and Papa Roach later this summer. Here is what Hall had to say.

Different groups have unique ways of writing their songs. How do you guys go about writing your music? Is it a collective effort or is it more the efforts of one particular member of the band?
Les: We are definitely not the band that sits around and jams out ideas. This last record was a lot of Eddie and me sitting in a dark room all night long. I would typically start off with an idea, and then we’d bounce a million variations back and forth. We probably spent way too much time rambling on various tangents that had nothing to do with music. Some ideas would start off on piano at the studio, some would be on acoustic guitar in the middle of the night at home, some would be mumbled in to my iPhone while driving down the road, some were ideas that Eddie had documented back in the day and was still very passionate about, and some were the two of us sitting around with acoustic guitars and noodling away. Either way, there was a lot of experimenting with various themes and we would usually spend time developing whatever seemed to be the most inspiring at the time. There were songs that were in the works for the entire writing process (about 2.5 years) that we would always come back to, but I think the A.D.D. would get the best of us, and it was on to another idea… “Make Me A Believer” was one of those tracks.

Now that your new CD, We All Bleed, is complete how do you feel about it? Are you satisfied with the outcome?
Les: I’m a perfectionist, so I’ll never be completely satisfied with anything musically. Additionally, I know every single note, edit, imperfection, alternate lyric/melody, buried SFX and whatever else that went in to this album. We also sat in the mix room for 2 months tweaking every element and trying to get over demo-itus from the original mixes! All that being said, I think we made an incredible record and am very happy with the outcome – I just wish I could erase my memory and listen to it having zero knowledge about the work that went in to it…I’d love to hear it with fresh ears for once. If I were born in the future (as I’ve previously requested), this would be possible. 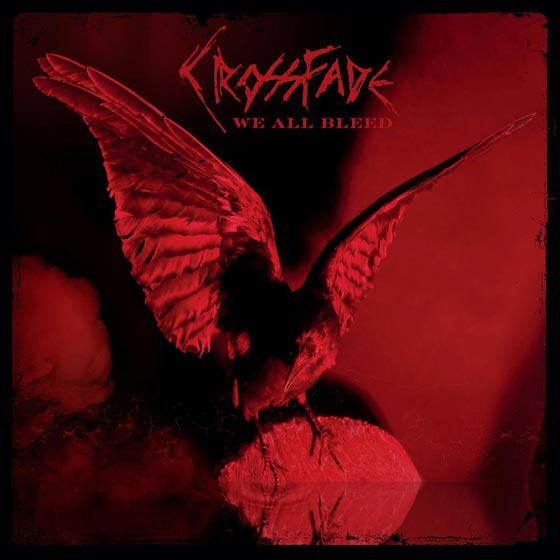 Are the any tracks on the disc that are personal favorites or that have good stories behind them?
Les: Every track has a story behind it, but the most insane in my mind would be “We All Bleed” – Problem is – I’ll never tell the story. There’s an obvious story behind “Dear Cocaine,” which seems to be somewhat self-explanatory. Now that I’ve rambled on… two stand out tracks that stick out in my head (with story attached) would be “I Think You Should Know” and “Prove You Wrong”. The first is one of my personal favorites, and I wrote it about a beautiful person that felt as if their world had been taken away, so they tried to escape in to dreamland to find peace. It’s a very therapeutic song sonically and I feel that it’s Eddie’s best vocal performance on the record. It still gives me chills every time I hear that song, and I clearly remember recording it and the state of mind we were in at the time. “Prove You Wrong” is another favorite for a couple reasons. One – it was originally an “extenda-verse” (yes, that’s now a word) that Eddie had written just after finishing the Falling Away tour. I wasn’t a fan of the song, but knew that he was deeply passionate about the lyrics and where they came from in his heart. So… I stole the vocal track and basically did a complete remix of the song musically, which turned it in to the electronica rock piece that it is now. It’s clearly a step in a new direction for Crossfade, but we all felt that it made a statement and was a step forward musically. My favorite memory of the song is playing it for him for the first time and watching his reaction. I wasn’t sure if it was going to be tears or fists – That being said, it completely rejuvenated his soul… and I feel that this is one of our best collaborations on the record.

What is the toughest lesson you ever learned in the studio and on the stage?
Les: Probably the toughest lesson I’ve learned (or tried to learn) in both realms is to not overplay. In the studio, it typically doesn’t work. You track something and take a listen back only to realize that you’re jerking off. The stage is a little bit of a different beast. You can get away with overplaying sometimes due to the energy of the crowd and really feeding off the moment. I will say that documenting your live shows and listening in another environment will quickly teach you to play your part, and still jerk off – just not as much.

We All Bleed, comes to us by way of Eleven Seven Music. Are you happy the way they handled the record, regarding distribution, marketing and promotion? How has the label been accommodating the band’s needs?
Les: Considering the record has just been released, this would somewhat be a shot in the dark. I’ll say this: Eleven Seven Music has believed in us from day one and we made the album we wanted to make. There were no typical A&R personnel hanging in the mix room, asking for new songs, different mixes, singles, or anything that most labels invade you with… One of the most important factors in finding a label for me was to keep creative control- and that’s what we’ve done. Additionally, we have a label that is willing to do what it takes to present it to the world. We’ve had the release date swapped a couple times and our moments of frustration, but in retrospect- it all makes sense. They know the world of rock, the world of radio, and they know that timing is important and that we’ve been absent for a while. I think that we now have the perfect team in place to work this album, and I couldn’t be more thankful for the support they give us, and the simple fact that they believe in our music. That makes all the difference in the world.

When you begin to put an album together are you concerned at all about commercial success?
Les: Here’s the typical part… Any band would like to have success, make some money and have a career doing what they love- or pretend to love. We All Bleed had absolutely zero thought put into radio singles or commercial viability. I’ve played too much shit muzak and felt way too contrived while doing so. In this case, every song was written for ourselves in a very selfish way. I’m certainly not saying that we don’t want others to love it, but it wasn’t written with that in mind. My theory is this: when you start out writing music and/or playing in a band- you don’t have any fans, so you write music that comes from your heart. If you succeed, then people dig it and become fans. If you look at it the other way around, you’re in it for the wrong reasons. There are songwriters that write music solely to sell it and make money… that’s not me, and if it were – it would be under a pseudonym and viewed as a job. This is the album that we made for ourselves…Period. All that being said, I hope people dig this album even half as much as we do, and if not, I know that we said what we wanted to say and played what we wanted to play.

In a hundred years from now what will the music history books say about your band?
Les: I’d be happy if they even mentioned us… or, they were good until the redhead joined the band.

Do you have any touring plans made yet?
Les: We just finished up a 3 month tour and are anxiously awaiting the Rock Allegiance Tour with Buckcherry, Papa Roach and a bunch of other bands this summer starting August 24th.

What artists would fans be surprised to find on your iPod?
Les: I literally have from Abba to Zappa on my iPad. So… lots of surprises.

Tell me about a book or two that you’ve read that you think other people should read?
Les: I don’t read books, I read manuals. If I were to read a book, it would be on my iPod and probably a biography.

If you had not become a musician what other career path would you have liked to attempt?
Les: I’ve never had a backup plan. If I had to make one up…I like futuristic devices-So I’d probably be an inventor, or at least attempt to invent some device.

If you were a superhero, who would it be and why?
Les: Wonder Woman.

What is the one thing you absolutely insist upon in your rider?
Les: Vodka/Redbull.

Any closing words?
Les: I don’t really want to be Wonder woman. 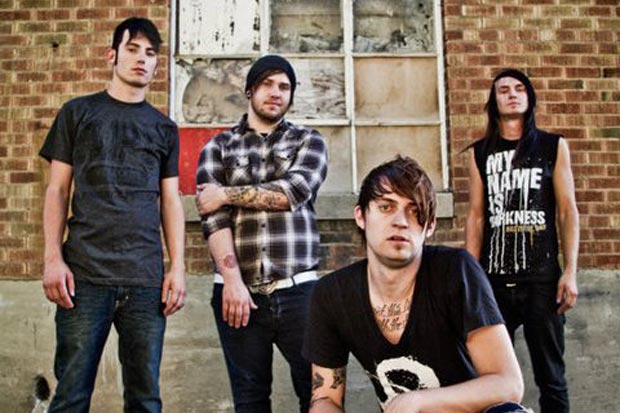 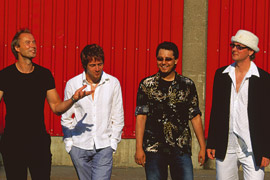