If you’re in the Montreal metal scene, or at least most places in Eastern Canada, you’ve probably met or are friends with “Big James” Arsenian of Endast. Though most people may think that vocalists may not have an in-depth opinion of the gear they use, James had some interesting things to tell us about his Shure 55SH Series II microphone. Check it out!

What one piece of gear do you use to obtain your signature sound?
James: My Shure 55SH Series II microphone.

What about it makes it so important to you?
James: Originally a gift I received before ever having joined Endast, this microphone has been with me at every show I’ve ever played with Endast. Beyond looking great, it’s got huge sentimental value.

What are the major pros and cons?
James: The microphone has a weight to it that feels great in my giant hands. It’s not meant to be a handheld mic, so it might be a bit too heavy for the average user who doesn’t have “Big James” sized hands. However, the unidirectional system inside the mic means you can get really close to speakers and monitors and it doesn’t feedback. You literally have to press the front of the mic to the speaker for it to feedback. This comes in handy when you’re playing a room that only holds 150 people and it’s packed to the rafters and you are pretty much climbing over speakers to get in people’s faces.

How long have you had it, how do you use it, would you ever change it?
James: I’ve had this one microphone for my entire career as a musician. I take very good care of it, but let’s not kid ourselves, I’m in Endast, it gets abused nightly. However, a proper regimen of cleaning the housing and making sure it’s dry before it goes in its air tight road case is crucial. I’ve found that if you don’t open it up and change out the interior foam at least once per tour it gets really disgusting on the inside and you end up literally breathing in mold particles while singing. All the sweat, saliva, other people’s saliva, beer and whatever else might get on the foam from the outside just soaks through and gets trapped inside. So it’s essential to clean it. Would I ever change mics? Very unlikely, unless I can find a wireless version of the same microphone.

Any final thoughts or comments on the gear?
James: Spend the money to get a good mic of your own if you’re going to tour any amount. Playing shows night after night using venue mics gets old fast. You need the reliability and you just won’t get that if you’re taking the chance that the venue cares about its gear as much as you do. 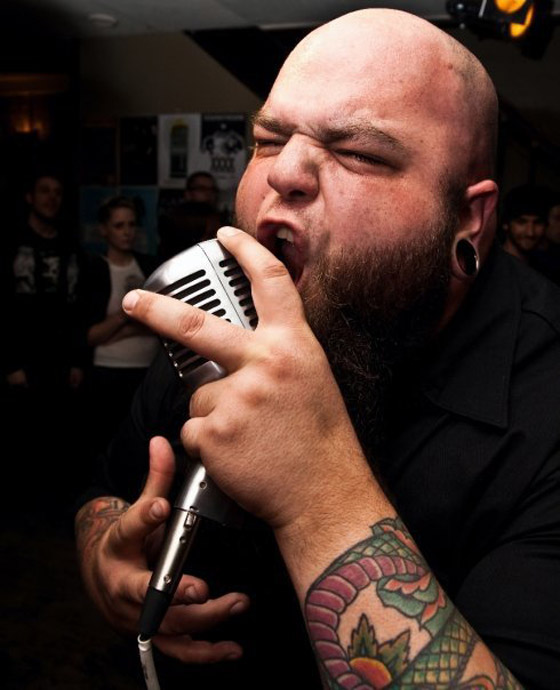 Check out the song: “Black Cloud” 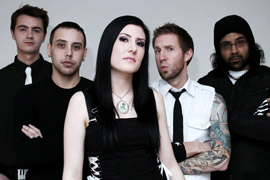 Mary And The Black Lamb: Exclusive ‘As The City Sleeps’ Track-By-Track