Northern California’s punishing extreme metal act, All Shall Perish, has premiered a new music video for “There Is Nothing Left,” taken from the band’s fourth studio album, ‘This Is Where It Ends’. Head below to see the first music video from ‘This Is Where It Ends’, directed by David Brodsky at MyGoodEye. Some behind-the-scenes footage from the shoot can also be seen below.

The follow-up to the 2008 release, ‘Awaken The Dreamers’, ‘This Is Where It Ends’ was recorded and mixed once again at Castle Ultimate Studios in Oakland with producer Zack Ohren (Decrepit Birth, Suffocation). Album art was brought to life by Brent Elliott White (Death Angel, Job For A Cowboy, Whitechapel). 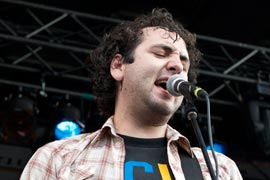