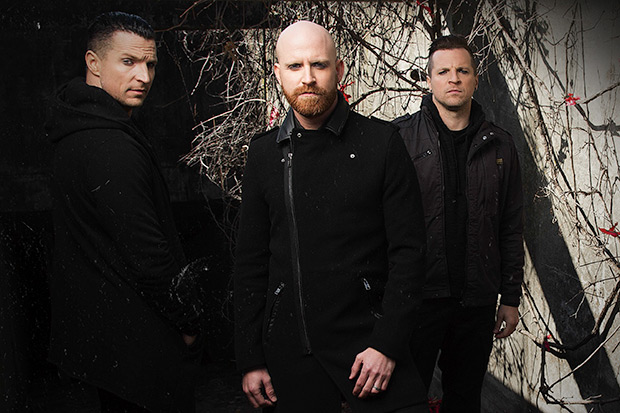 Twice Grammy -nominated hard rock outfit Red is currently premiering their new video for “Feed The Machine” online. The song comes off the band’s latest album, ‘Until We Have Faces’, which is in stores now. View the video HERE.

The video is more of a short film than your typical music video. When asked by Rick Florino, Editor-In-Chief of ARTISTdirect.com what the inspiration for the video was, Red guitarist Anthony Armstong said the following: “We’re movie fanatics! ‘Feed The Machine’ is an intense song, and we wanted the video to be equally if not more intense than the actual song itself is. The band actually came up with the idea. It wasn’t anything that we got a treatment for from a director. The idea belonged to us. We teamed up with the Irwin Brothers and gave them the vision of what we wanted to do. It’s a pretty intense video.