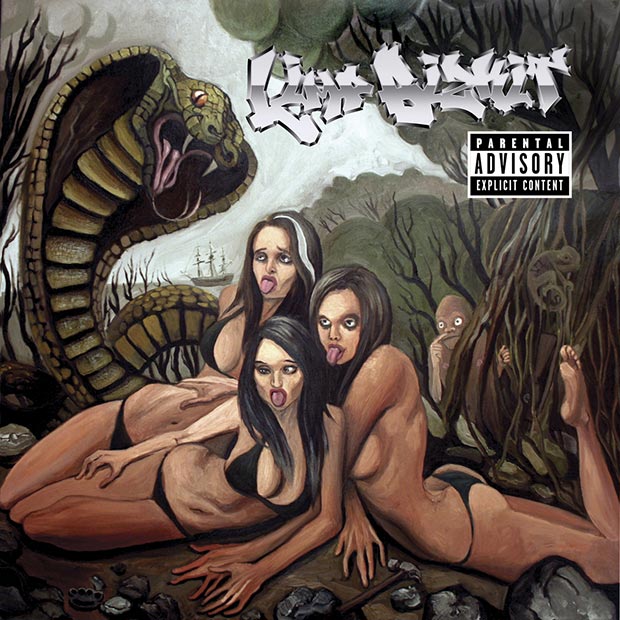 With a gap of eight years since Limp Bizkit’s last album, some critics appeared apprehensive about Gold Cobra. Nu-metal may have dominated rock music in the early noughties, but now the era is a fading memory. Somehow though, this new record does not sound old. Whilst there are a few let downs, the majority of songs are absolute gems which make you want to throw your red baseball cap back on, turn it back-to-front and start dancing on car rooftops again.

However, there were substantial worries after hearing the first full length song, the awkward “Bring It Back”. It just does not make sense, the song is scattered all over the place, but thankfully the title track “Gold Cobra” restores high hopes and it seems that it is here that the band begin to hit form.

The next five songs are immense. “Shark Attack” and “Shotgun” are typically feisty Limp Bizkit efforts, but “Get A Life” and “Walking Away” are absurdly good for completely different reasons. “Get A Life” is just sheer rage and it sounds incredible. Fred Durst’s voice breaks to a point similar to Eminem’s in his The Marshall Mathers LP where he chucks his tied up wife into a river. The power and velocity is compelling listening. On the other hand, “Walking Away” is the audio version of Limp Bizkit stroking a cat, with the said cat eventually clawing back with venom. The intro features a reverberating Wes Borland guitar, a pulsating bass and a haunting synthesiser, yes, you read that right, a synthesiser. The finale of the song is epic and we witness an emotional Fred Durst as he confronts the issue of walking away from people he adores.

Sadly the quality of Gold Cobra decreases rapidly after “Walking Away”. “Loser” really is a loser. It is horrible, but fortunately followed up by a quite hilarious interlude. The next tracks “Autotunage” and “90.2.10” are very weak before our spirits are lifted by “Why Try” which certainly woke me back up.

The final track “Killer In You” is very one-paced and a poor way to bow out, but you find yourself quickly going back to track three and starting again for twenty-five minutes of nu-metal rage. Despite what some may say, Gold Cobra does not sound dated and is in fact a very fun listen. Overall, it is a surprising and more than welcome comeback from Limp Bizkit.

Check out the song: “Gold Cobra”