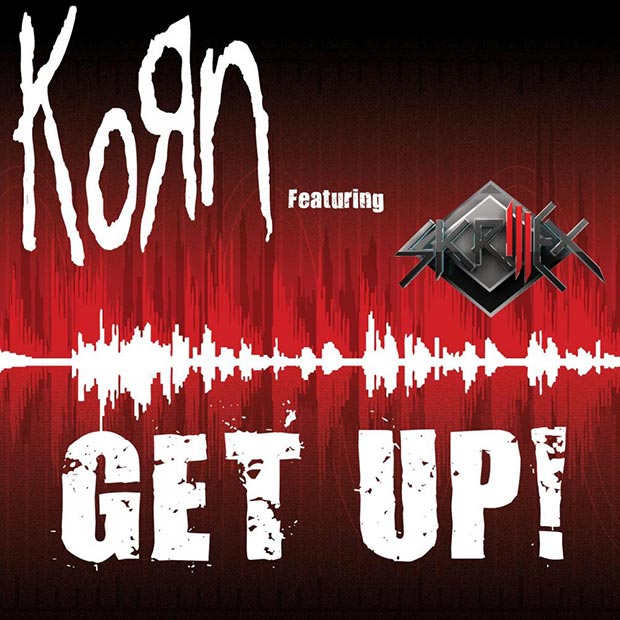 There’s a good chance you’ve never heard of him, but Skrillex (real name Sonny Moore) is the name of a popular electro house/dubstep producer from Los Angeles. You’re much more likely to recall the name of his former band From First To Last who had a successful, decade long career with the band on hiatus as of 2010. Moore adopted the Skrillex alias in 2008 when he started producing and performing at clubs in and around Los Angeles.

No strangers to working with electronica producers (e.g. The Matrix), Korn have worked with Skrillex on the brand new song “Get Up.” Although hardcore fans of the band will probably hate this song, “Get Up” is a pretty awesome hard rock song with an electronic twist to it. The song reminds me of a lot of the experimental sound of the band’s 2005 record See You on the Other Side. The lyrics are classic Jonathan Davis (“shut the fuck up, get up,” “times are looking grim these days…”). It’s hard like a typical Korn song, but with a cool production twist to it. Nice work by the band and well produced rather than over-produced.

Check out the song: “Get Up”