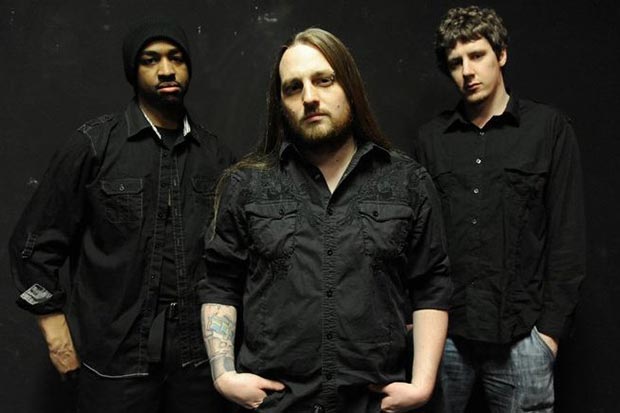 If nothing else, IKILLYA is the coolest sounding new band name out there. Straight out of the New York City street metal scene, IKILLYA is a three piece, bad ass band that is really making some strides these days. The band’s first EP, Recon came out this past April but don’t be fooled by the fact it’s an EP since it contains ten full tracks. To promote Recon the band is playing shows in the New York and tri-state area this summer but the band is trying not to plan too far ahead with the intention of keeping their future options open. I spoke to the group’s lead singer Jason Lekberg recently to give us an introduction to IKILLYA. If you like your metal hard in the vein of Pantera, Gojira or Lamb of God then be sure to check this band out.

Give us some details on how IKILLYA came together as a band. How did the members meet and how did a band come out of it?
Jason: Mansa and I have been playing together for 6 years now. We met through a craigslist ad, if I remember correctly. I joined the band he was in which, through many mutations, became IKILLYA. We’ve been like Spinal Tap with guitarists, that is, until Dave joined two years ago. We met Dave through www.skullsnbones.com; I had an ad up there and he responded, we got together a few times and when he brought in the skeleton of what eventually became “Razorblades” we knew he was the one.

IKILLYA might be the coolest new name for a heavy metal band. How did you come up with it?
Jason: Thanks! We get really mixed reactions from it, but we love it. At the time we picked it we were calling ourselves Wraith, which was a bad name for many reasons. Mainly because there is already a Wraith in England, but also because having a silent letter at the beginning of a name of anything you want to market is just idiotic. We were sitting on the curb outside our old practice space next door to Duffs Brooklyn trying to come up with a new name and one of our former guitarists was saying things like “I destroyer”, “I conqueror”. Our original drummer thought that was silly and mocked him by saying “IKILLYA”. We all just looked at him and said, “That’s it.” To us it personifies that moment of clarity when you focus on a goal and take action. It’s just brute force, and I think that’s what every band needs, an “us against the world” mentality. It’s what every person needs, the strength of will to set your goals, and meet them.

Your style of metal is referred to as “NYC street metal.” For those who aren’t familiar with it, what are some of the defining characteristics of street metal?
Jason: We actually stole that term from my friends in the band Demiricous. To me it has two meanings; One, it means that we’re a band from the street, meaning we’re regular dudes, and two, our music has a groovy, almost urban rhythm to it. Cities have a pulse, especially New York, and we’re very influenced by this city. You can hear that literally in the last song on the album “Echoes In Eternity”. I made that track by sticking a digital recorder in my pocket on the way to practice one day. What you hear is exactly what I heard walking through Union Station. Like this city, I find parts of our music to be really angular and harsh, but there’s always an underlying groove. I think it’s really just an easy way to describe what we think is different about our music.

You’re playing some concerts in and around the New York City area. Are there any plans for a more extensive IKILLYA tour in the near future?
Jason: We’re working on a whole slew of dates up and down the east coast right now. We’ve been slowing working our way out of NYC for the past year and we can’t wait to get to some of the further out cities. Our big focus at the moment is our show at Rebel on July 16th. It’s one of the bigger venues in NYC and it’s our time to show what we can do. After that, we’ll be doing our best to get to as many cities as possible.

Who would you say are some real influences on the sound of this band? What metal bands have played an integral part in influencing your sound?
Jason: We all come from different backgrounds and are all lovers of lots of genres of music. Outside of metal we’re big jazz and blues fans, and for a while were playing with ways to work classical themes into our songs. So far it hasn’t panned out but I’m sure we’ll try again. From a metal stand-point the bands we all converge on are The Haunted, Gojira, Lamb of God and Pantera. I think you can hear bits of all of those bands in what we do. We’re always looking for new stuff to inspire us though. I’ve been loving the new Djent-ish stuff like Tesseract and Cloudkicker. Cloudkicker has a near perfect grasp on tension and release in song structure. Just when you’re about to get tired of the riff he’s playing, he pulls out an amazing melody that was totally worth the wait. As a band we have a goal of writing songs that allow the listener to enjoy without thinking too hard, but push ourselves as musicians. To do that we draw from a lot of non-metal influences. We just want to find new ways to be pummeling.

Your first full-length EP Recon just came out in April. How are you feeling about the EP now two months after it’s been released? Are you pleased with the reaction?
Jason: I honestly don’t think we could be happier with it. We were so fortunate to work with the team we did and I feel they totally captured our energy. Not knowing if it’s going to sound like “you” is always the scariest thing when you’re recording, and it is completely us. As a musician the best you can hope for is an album you can die happy with and so far, I’m happy with it. We’ll see how I feel in a few years, haha. The response has been amazing. I’m just happy people are taking the time to listen with all of the bands out there. It was a really great feeling to have people I don’t know buying Recon on release day.

Now I was a little confused with Recon being referred to as an EP since it contains ten tracks. Since EP’s usually contain about six or seven songs, why did you decide to make this an EP instead of a full-length debut?
Jason: Yeah, it is a bit confusing. The main reason is that this is eight of the first nine songs we’ve written as a band so it’s not an album with a theme or a vision. The other two songs are the intro and outro and I think we didn’t feel it was fair to count them. We like the under promise/over deliver path as well. I’d rather have someone else say it’s an album than have others feel like we didn’t deliver what they were expecting. It’s also entirely possible that we just over thought the whole thing, which would not be uncommon for us. Either way, we hope people feel that it’s worth $5.

Are the songs on Recon the result of recent writing and recording or have some of these songs been around for a few years now?
Jason: These songs are the first ones we’ve written as this lineup, minus one song “Exhortation.” We jam that one live but honestly; it’s the first to get cut from the set if we need to save time. I think when you hear the songs you can hear the progression in our sound. “Lifesblood,” which is more thrashy and straight ahead, was early on and “Jet Fuel Genetic,” which is complex and has some hard left turns, was the last one written for Recon. And “Hell Followed With Him” was another early one but we have a habit of playing songs live, judging how they go over, and then revamping so that’s been heavily updated. Again, with the over thinking.

Where did you record the record? Did you work with a producer or did you take care of production duties on your own?
Jason: We recorded Recon in three different studios with four different cats at the board. “And Hell Followed With Him” and “Godsize” were recorded and co-produced with Josh Wilbur (Lamb of God, Hatebreed) and engineered by Paul Suarez (Lamb of God, Avenged Sevenfold) at Spin Studios in Long Island City, NY. The rest of the tracks were recorded with Armando Subero at Nova Studios in Staten Island which is an amazing converted house that we lived at while recording for two weekends. The vocals for those final six songs were tracked with Ryan Kelly (Opeth, Orbs) at Manhattan Sound Recordings in NYC. Then we took it all back to Josh at Spin Studios and he helped tweak a few things and mixed it all. It was amazing to work with so many talented people. These guys all knew exactly how to get the sound we wanted and pushed us to deliver our best performances.

What does the future hold for IKILLYA? What can we expect from the band this summer and after that the fall?
Jason: To quote Tom Petty, the future is wide open. We’ve made music that we love and now we’re putting it out there to see if anyone else likes it. If the response is positive enough, we’re ready to take the next steps. The industry is a scary place right now so we’re trying to plan our steps as carefully as we can. You can expect us to at the very least keep making music we love and putting on the best live show we can. Where we go from there depends on whether or not other people dig it as much as we do. All we can say is thank you for listening and we’ll do our best to make it worth your while!