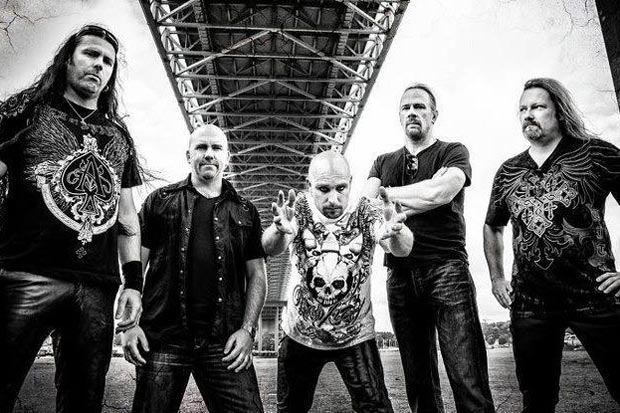 Bravewords is hosting an exclusive premiere of a new track from Fullforce’s debut album ‘One’. The album will be released July 26th in North America on SPV/Steamhamner. Get a first listen to “Walls Of Secrets” on Bravewords’ “Knuckle Tracks” player by heading HERE.

Fullforce was formed in 2009 and now consists of members Mike Andersson (Cloudscape, Vocals), Stefan Elmgren (ex Hammerfall, Guitars), Anders Johansson (Hammerfall, ex Yngwie J. Malmsteen, Drums), CJ Grimmark (ex Narnia, Guitars) and Tommy Larsson (ex Heed, Bass). The Swedish five-piece started to write songs in order to complete their debut album and they describe their music to be a genuine blend of traditional, catchy heavy metal to more updated melodic metal with some ethnic touches which will make them a standout to within the genre. The band truly believes in their music and in late 2010 they completed the recording of 12 songs to be included on ‘One’.