Rwake vocalist CT will premiere his documentary “Slow Southern Steel” next weekend at the Little Rock Film Festival. This will be the worldwide premiere of the film that has been three years in the making with additional screening dates to be announced soon. CT directed the film along with David Lipke and will be on hand for the film’s premiere on Saturday, June 4th at 6:50pm at the Riverdale Cinema #1 in Little Rock, AR. Following the premiere, there will be a “Slow Southern Steel” after party at the Rev Room with Seahag, Hour Of 13, Musichatesyou, and more.

“Slow Southern Steel” is an in-depth look at underground, touring bands from south of the Mason Dixon, featuring live performances, exclusive interviews, and a look into the venues and vans these bands call home. Bands featured in “Slow Southern Steel” include Eyehategod, Sourvein, Royal Thunder, Parasytic, Hank III, ASG, Weedeater, Cough, Black Tusk, and many more. More information on the film, along with two official trailers, can be found HERE. 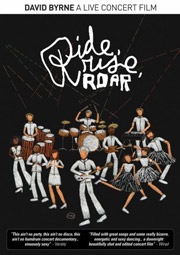