The music scene in Toronto has a wide variety of acts, ranging from hard rock to rap. Stuck right in the middle of the music scene is Mike “System” Payne, an 11-year veteran of local metal band No Assembly Required. Payne has made it as far as he has because of his raw determination to succeed. “He’s dedicated to his craft,” says Luca Mele, vocalist of No Assembly Required.

Mele recalls a time that the duo had ordered a pizza in the midst of Winter, the pizza was over an hour before it arrived due to extreme weather conditions. Shortly after sitting down to enjoy their meal the pizza deliveryman came back to the door, his car was stuck in the snow/ice. Mele and Payne went outside to push the car free. Payne slipped on the icy road and smashed his head on the road. He arose back to his feet and continued to push. “Lucky for me, I have a hard head,” says Payne.

This determination transfers over into the studio. “You get him in the studio and you might never leave,” says Mele. “Some songs get more attention than others. We started recording our song “blood and iron” when we were in the studio recording The Great Tribulation,” says Payne. “I didn’t like how it was sounding, it didn’t sound finished. We scrapped it, I worked in it, and it wound up on the next CD, St. Petersburg.”

Payne brings a unique sound to metal. He breaks away from the traditional two guitar metal band and plays the sole guitar in No Assembly Required. “I like being a guitarist in a one guitar band, I want to find ways to be more creative with my riffs,” says Payne. “I like to make catchy riffs with out having the same typical two guitar metal band sound.” 18 years ago Payne picked up a guitar and started plucking away. He attended only three guitar lessons before deciding he would rather teach himself the ways of the axe. “I started off learning from basic guitar books,” says Payne.

He has thus branched off and plays a little bit of every rock instrument. “I can pretty much play anything, guitar being my number one,” says Payne. “He’s well-rounded, he’s not just limited to his guitar,” says Mele. Payne joined No Assembly Required simply to gain band experience, he never dreamed on how far the band would take him. Back in June of 1999 Payne and Mele met on a website designed to aid musicians find each other.

Payne joined up as a bassist for the band. “I thought it would be good experience, I never thought that Luca and myself would have melded like we did,” says Payne. At the time Mele played guitar as well as vocals while Payne played bass. Later on they adapted, Mele focused on vocals, Payne picked up the guitar, and they found a replacement bassist.

Payne isn’t only a talented musician, he is a kind-hearted down to earth guy, says Mele. “He’s too smart, he doesn’t put himself in situations to get compromised,” says Mele. Even on a night that Payne is out having a few drinks he keeps his cool. “I’m pretty calm, being calm keeps you in control,” says Payne. “I’ve never met anyone as nice as him that can be such a bad ass,” says Mele.

Check out the song: “I Hate” 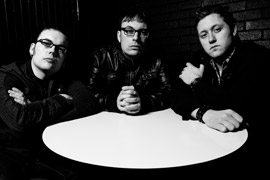 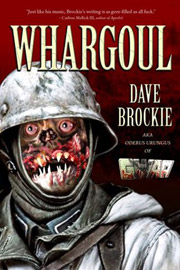