I recently spoke with Tobias Gustafsson, drummer for the Swedish death metal outfit Vomitory, about their newest release Opus Mortis VIII. Since 1989 these guys have been dishing out brutal, skull-crushing metal and they’ve been highly influential in defining and shaping the legendary Swedish death metal scene. Here’s what Gustafsson had to say about the band, the record and their touring plans.

Many of your songs are so hard and intense that I am sure they translate well into a live setting taking on a whole new life in front of a live audience. How does it make you feel when the emotion and power that you envisioned in the recording studio, come to life while playing in front of a crowd?
Tobias: Ah, that’s just an amazing feeling! When you’re finally on stage playing those songs in front of a crazy crowd is just so rewarding. All the time, hard work and heart that you’ve put into it, make it all so worthwhile when you’re right there, right then. Getting a crowd’s positive feedback is the ultimate acknowledgment, I think.

Now that your brand new CD Opus Mortis VIII is complete, how do you feel about it? Are you satisfied with the outcome?
Tobias: I am very satisfied with the outcome of the new album. I honestly never thought it would turn out this good, because the circumstances of the recording of this album were quite extraordinary. Just as usual, we didn’t have all material completely finished before we entered the studio, and that’s nothing unique for a band I guess. We know how to work out that situation by now. It has become a standard procedure for Vomitory, more or less, so that was nothing new to us.

But this time around, it was extreme in the way that we never rehearsed any of the songs at all together at any point before the recording. That has never happened before and of course it seems like pure insanity, but it has a couple of explanations. It was basically because I underwent back surgery some months prior to the recording. The surgery went well but I wasn’t able to play drums until the recording. But since I had made demos with carefully programmed drums of the new songs, I pretty much already knew how I wanted the drum parts to sound. The other guys did a great job in learning the new songs in such short time.

The usual last pieces of lyrics were also written in the studio. But this is how Vomitory works. We need that last extra push and stress to get really productive. And by now we’ve learned that in the end it all turns out great. Opus Mortis VIII is certainly no exception. Then there’s the album artwork, which I think really brings something new to Vomitory. It’s really fitting and it has a war-theme, which we’ve never had before although many of our lyrics are about war.

What was the writing process like for this CD? Did you guys all write together? How long did it take?
Tobias: The writing process was pretty much like usual – we started slow and easy and finished completely stressed out. I started composing the music about one year before we recorded the album. That’s usually how it works – I write most of the songs, alone, and then Erik (Rundqvist – vocals/bass) writes the lyrics to them. Peter (Östlund – guitar) usually contributes with 2-3 songs per album, and for this album he did two – “Bloodstained” and “Forever Damned.” We almost never write together. I always write music alone and finish the music for a song completely before I present it to the other guys. Sometimes someone writes one lyric or two together with Erik.

When you compare the early days of death metal to the scene today what do you feel has changed for the better? What do you feel has become worse?
Tobias: The good thing is that death metal has become more accepted and has cemented its place in the world of music, which has made it easier for bands to go on tour and even made possible for some bands to make a living out of death metal, which I think is awesome. What has become worse is since music is so extremely easy accessible these days, the “exclusivity” of music has got lost in a way. I don’t think people value music nowadays as much as they used to. The same goes with the live shows. We are all so spoiled these days that we can go see live music basically whenever we want to.

The artwork by is quite amazing. How is it tied to the album’s title?
Tobias: Yeah, the artwork is killer! It’s made by the Polish artist Lukasz Jaszak. It was Peter (Östlund – lead guitar) who came up with “Opus VIII” in the beginning, and after brainstorming we ended up naming the album “Opus Mortis VIII”. It was also Peter’s idea to have a string quartet of these wounded (or already dead?) soldiers, playing in the middle of a battle field where a full-blown war is going on behind them on the cover. They’re playing the Opus Mortis – the opus of death. That’s quite epic. I’m really happy with the artwork and as I previously said, it works so well with both the musical and the lyrical content of the album.

When you are on the road for a while I am sure you see and experience many different things you might not even have known existed. Are there any stories that stand out in your mind as being exceptionally strange or odd?
Tobias: Well, yeah there are always funny and weird things that happen on the road. There are always minor things that one haven’t seen or even heard of before, but nothing that’s worth mentioning really.

What kind of touring plans do you have in support of the record?
Tobias: We will play a number of festivals in Europe this Summer and in November we will do a European tour. Can’t wait to get out there and play the new songs live!

In a hundred years from now what will the music history books say about your band?
Tobias: Vomitory was one of the most long-lasting and consistent death metal bands of the scene, which stood out by never compromising but doing things their way. Something like that.

Did you ever imagine you would be releasing records and touring some 20 years after your inception?
Tobias: Hell no. When the band was formed back in 1989, the ultimate thing for us was to release one full length album. We never thought we’d get there even. But now when we’re about to release our eighth album, we can only look back and be happy and proud of what we have achieved.

Any closing words?
Tobias: Check out our new album Opus Mortis VIII, and all our other albums too if you haven’t done that already. Cheers! 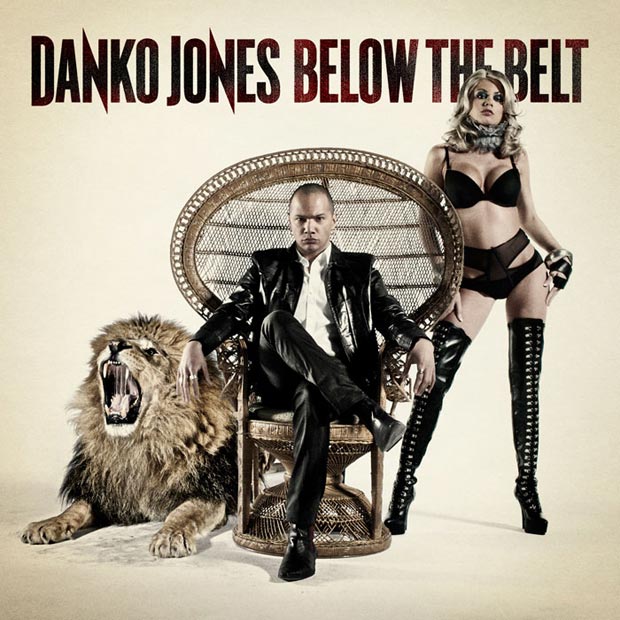 Danko Jones – “Below The Belt” 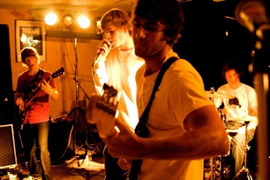 Pressure Makes Diamonds: “It’s Time to Dance AND Get Down in the Pit”