I recently had the good fortune to to sit down with Alex Skolnick to discuss his jazz project, The Alex Skolnick Trio and their latest offering, Veritas. Most people are familiar with Alex’s guitar work with popular metal band Testament and would be surprised to know that for years now, he’s also been writing and playing traditional jazz with The Alex Skolnick Trio. Veritas is a terrific jazz record and is a world apart from metal, although it does contain a very cool rendition of, “Fade To Black.” Here is what Skolnick had to say about The Trio, the new CD and how he manages balance it all.

What was the writing process like for this disc?
Alex: The songs were written over the course of the last couple of years. Some of them were written while I was on tour with Testament, especially in Europe. There was a lot of down time where I was just sitting around in a bus. I would wake up early before everyone else and have coffee and just kind of sit and look at the scenery. I did not force the writing, but I would be just practicing the guitar and a cool idea would come up. I just kept track of the ideas and when I got back in the States I found the ones that worked and I brought them to the band, we jammed on them and we focused on the ones that felt right. It was not a forced process at all it was a very mental process and it took me a long time to learn how to do this.

You can play the songs all you want but recordings are like a live show they never really go exactly as planned and you just have to let it happen and go with it. You just don’t know which tracks are going to be the strongest and you don’t know which takes of which tracks are going to be the strongest. It was a really good process because there was no real concern about what kind of album this was going to be. I really didn’t care. I kind of got to the point where I am over what anybody thinks I should do, whether they are jazz fans or metal fans. I just don’t care anymore. I want to make the music that I feel. I don’t do it so much as to prove myself as a musician I do it because this is music that I am a fan of myself. This is music that is a reflection of my own listening tastes.

On this disc you recorded more of your original compositions as opposed to your previous records where you recorded reworking’s of classic tunes. Is that something you are heading towards?
Alex: Yeah, originally the idea was to do no classics on this record at all but then “Fade To Black” was floating around on the back burner and we tried it and it just felt really good. So I figured that if we were going to do one classic that was a pretty good one to do especially because it felt good and just came together so naturally. We have just gotten to the point where I have a clear vision of what makes sense to play. I think a lot of it has to do with experience and listening, Really focusing on what I like to listen to and the quality of the music I like to listen to and how it is captured and really kind of zoning in on that.

When we did the first Trio album, which is mostly covers, the idea was to do a traditional jazz album with mostly just live playing like you would in a jazz band. On this album I think there is a lot more experimenting, the upright bass takes the melody on some songs, the bass bows sometimes and we are making use of that instrument which I think is an awesome instrument. It is kind of foreign to a lot of rock and metal fans but the upright bass is a really cool instrument. It is a situation where it feels like the original tunes just feel natural and it feels okay to experiment on this record. In the past I did not feel there was a need for another jazz album of jazz favorites.

I wanted to do things different where sonically and harmonically it was a jazz guitar record but it was going to have a twist. So now that we have done that we really have something to say and for that you need an original record. We could only have done this record because we have been doing this for a few years. I could never start a band from scratch and make an album like this. I have been playing with these guys for a long time. We have now really found ourselves as a band and I feel I have really found myself as a guitar player.

I know we sort of touched on it earlier, but do you find yourself caught in between the jazz and the metal world or do you not pay any attention to it?
Alex: Yes, absolutely but I also think that is part of the purpose of what I do. It used to be a curse. I used to wish that I had more acceptance from both worlds. I could not understand why metal fans did not understand. It was also unheard of because guys in metal bands don’t do this sort of thing. I think the fact that I have been playing in Testament for so long and playing jazz has helped my metal playing, I think it is shutting a lot of people up. As far as jazz there were those that thought I had no business entering their territory, but I think a lot of those people have chilled out as well. There are some that are still there but you can never satisfy everyone.

Occasionally I see these internet comments, that used to bother me, now I get a kick out of them. If you are not pursuing your own playing and your own artistry then you are really hurting yourself. It has just been really interesting to have this battle. It used to drive me nuts, but more and more I saw it as a purpose because it gets people to take notice and it changes people’s minds and I really like that. I realized over the years that I like a challenge and I really enjoy the fact that I can cause people to question their preconceptions.

I know you guys have a few shows planned in New York, but are there other touring plans as well?
Alex: Right now we are focusing on the release of the record and a series of New York shows. We plan to tour, but we have no dates booked yet; that is on the agenda. Note to self; get tour booked.

Do you find it difficult balancing both Testament and the Trio?
Alex: The last couple of years were a big challenge just because of the new Testament album and the touring opportunities that came up. It got difficult about a year ago because the time that I had set aside to work on the Trio was getting eaten away by Testament. Some of it had to do with the tour schedule, The American Carnage Tour kept getting moved around and there were shows that I had to miss because I had shows booked for a long time with the Trio. I think things are in a better place now because I have really good management now and everybody is working together.

It is working out well because The Trio album is coming out now and the new Testament album does not come out till later in the year. When that album comes out that touring cycle is going to be the priority. I am sure I will still have Trio activity, but we will work around the Testament stuff. It is great because The Trio stuff is coming out now and we have this whole period to focus on that. Most of work with Testament right now is writing and there is a lot more leeway scheduling writing and rehearsal sessions as opposed to scheduling gigs. 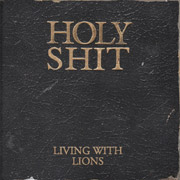