Bassist Amos Williams from the progressive metal band TesseracT took some time out of his busy touring schedule to speak with us about the band’s latest release, One. The UK based progressive metal band is currently touring the United States with Protest The Hero and Maylene And The Sons Of Disaster. Here’s how the conversation went.

Different groups have unique ways of writing their songs. How do you guys go about writing your music? Is it a collective effort or is it more the efforts of one particular member of the band?
Amos: We have two different stages. Acle Kahney is the main song writer, he will come up with a demo, be it a 30 second riff or a 5 minute song. He will then send it to us via email so we can start commenting upon it and learn to play it if the whole group likes the idea. We then discuss it… sometimes at length, exploring all the different ideas possible. Dan will start to put some proto vocals down to this demo. We then take it to the rehearsal studio and ‘flesh it out’, see how it feels when played by the band, as sometimes things feel very different and ultimately we want this stuff to sound good when performed.

It’s at this stage that we’ll start to add our own elements, for example slightly change the drum pattern, or bass groove, constantly developing until we’re happy. We’ll often do this right up to the final mix, tweaking here and there. And honestly even once its finalized and released we still develop the structure of the songs and the parts if we have ideas. So, although it won’t be drastically different, our stage show is a different sound in some respects, hence the idea for the DVD we released along with the debut album.

Every band has its musical influences. What are some of the other bands and artists that have greatly influenced you guys and your music?
Amos: We listen to as much music as we can, of all styles and from all eras. Two bands that have had a heavy conscious influence upon us are Pink Floyd and Meshuggah. Without these two acts TesseracT and I dare say the musical world would be a very different place indeed. These are two bands that took their art to new levels of emotion and groove so far removed from their peers.

The name of the band is interesting to say the least and sounds as if there is a story behind it. Where did the name come from and what is the story?
Amos: The name is very inspirational to us; the subject matter surrounding the idea of a tesseract is to do with theoretical geometry and physics and concerns higher dimensions. Surprisingly it’s not a recent thing though. Tesseract’s were used as a means to visualize the impossible and achieve a higher state of being since the Victorian era. Simply put a tesseract is a 4 dimensional cube, or a cube that exists in hyperspace (not the hyperspace you see in Star Wars or Star Trek… although we‘re not adverse to that). The subject is a bottomless well of inspiration. However, the origins of the band name are somewhat more mundane. Acle was watching a really bad movie called “Cube 2: Hypercube”, the word was interesting, so he typed it into Google or whatever and all this information about tesseracts and multi-dimensional space was returned… and thus TesseracT was born.

Now that your brand new CD, One, is complete how do you feel about it? Are you satisfied with the outcome?
Amos: Of course not! We really love all we achieved and in rare moments of clarity and perspective it is a great body of work, but we’re always moving forward and writing new material all the time and wanting to improve our engineering and production skills. We’re somewhat of the perfectionists in the studio.

Are there any tracks on the disc that are personal favorites or that have good stories behind them?
Amos: I think “April” is a great track. It is a very minimalist track. Basically 90% one riff and then a short breakdown towards the end. But it’s precisely that minimalism that enables us to add such emotion and power to it. And for a track of lamentation it’s surprisingly funky and groovy, complete antithesis.

What kind of touring plans do you have in support of the record?
Amos: We’re currently on a massive 2 month tour with the Protest The Hero and Maylene and the Sons of Disaster. Both bands are totally different and on paper the bill doesn’t look right, but it is such a good show, all three bands give a hell of a lot on stage and each night has been phenomenal. After that we return to Europe for some festivals, one of which is Sonisphere, to be on the same bill as acts like Metallica, Slayer, Megadeth and Anthrax is pretty stunning. It lets you know you are heading the right direction, I think. We are in talks about doing a world tour with some friends of ours that will take up the whole of the autumn and beginning of winter. This would cover the US, EU and Asia, and anywhere else we can take it, but its early stages yet, so who knows if it will come to fruition, but we trying to do all we can to make it work.

Any closing words?
Amos: Don’t believe anything you read or hear about us, good or bad. Come check us out and make your own mind up!

What artists would fans be surprised to find on your iPod?
Amos: We’ve all got such varied tastes; I guess we all really dig Michael Jackson, but then again doesn’t everyone? Bon Jovi maybe? I think I heard some Lady Gaga in the van once that one of us blamed on our girlfriends.

Tell me about a book or two that you’ve read that you think other people should read?
Amos: “Hyperspace” by Kaku… concepts of advanced geometry and physics so elegantly and simply put that we can all understand them. Also most books by Murakami are life savers whilst touring as they transport you from the cramped tour bus to a million miles away. Such an amazing imagination.

If you had not become a musician what other career path would you have liked to attempt?
Amos: I think I would have failed at anything else. Some of us are just meant to be musicians, successful or not! However I find art and literature so inspiring that I would love to have been an author or artist. I find what good authors do just incredible and marvel at the worlds they create.

What three words best describe your band?
Amos: Not that clever.

If you were a superhero, who would it be and why?
Amos: Spiderman, as he makes a metal sign every time he shoots his web. I can just see Peter Parker at a Slayer gig. 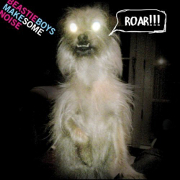 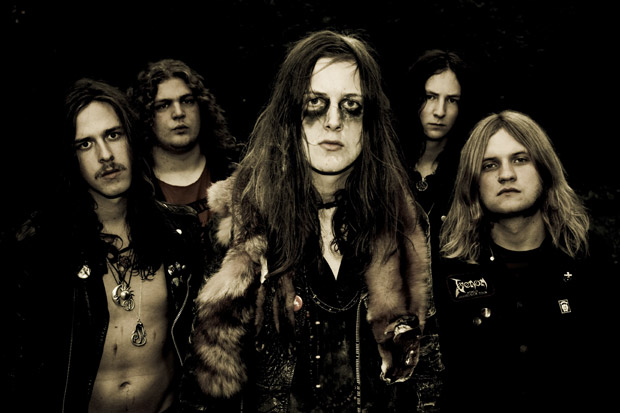 IN SOLITUDE Premiere Second Single “To Her Darkness” Off ‘The World. The Flesh. The Devil’ Online