The Skinny: Ton-Taun is an alternative rock band from Lancaster, PA that consists of four core members: Jordan Capizzi, Doug Hynes, Mario Borgatta, and Louis Borgatta. Each member of the band is a full time college student; two members live in Philadelphia, one in Pittsburg, and one in Boston, MA as a student at Berklee College of Music. Over the past two years, Ton-Taun has released two records of original music, Circus Court and Exporter, the latter of which was recorded and produced in a home studio the band built.

Ton-Taun’s second album, Exporter, is in many ways a departure from their first. Unlike the band’s debut, Circus Court, Exporter was recorded in bassist Mario Borgatta’s home studio; due to Exporter’s rich, layered sound, this fact may come as a surprise to both fans and first time listeners of the band.

Opening track “Headdresses,” is perhaps the album’s most straightforward “rock” song, containing a simple, yet powerful guitar hook, and an aggressive vocal performance. With it’s complicated drumbeat, rhythmic guitars, and melodic piano lines, “Seven Times Before” is a clear highlight on Exporter. Exporter marks the sound of a band that feels confident enough in it’s own abilities to reach outside of it’s comfort zone for inspiration.

Between The Buried And Me – “Spectacular Reflection” [Song Stream] 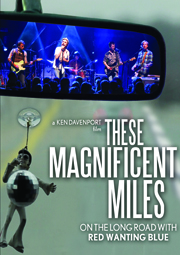