The Skinny: The Fires Of is a collective of Canadian musicians. The Fires Of’s self-titled debut was produced by Michael Kulas (once of the band James), mixed by Potbelly Production’s Chris Cobain (Harry Connick Jr., U2, The Tragically Hip) and mastered by Lacquer Channel’s Noah Mintz (Stars, Broken Social Scene). The Fires Of contains 10 indie-pop tracks that range from the high-energy of “Pulse” to the delicate introspection of “Muscles in Your Back”. The strength of the music is a direct result of the collective nature of the band.

With years of songwriting in obscurity behind them, The Fires Of found they were able to consume original songs at an alarming rate. The disparate influences of the songwriters and musicians in the band combine to form a tight band with a new sound: Indie-Pop. Some songs have the tight, pop sensibilities of Wings or Motown (“Way Too Far Gone”), while other songs have a sprawling, loose grandeur (“Maybe”).

The debut album took a ridiculously long time to record. Pre-production sessions with Michael Kulas, of James, who produced the debut album, led to honing of several songs and re-imagining of a few others (“Dim Star”). The experience led to a growth of The Fires Of’s abilities. The second album was recorded in five days. Now The Fires Of are a finely honed, dangerous beast, slouching towards a stage near you, prepared to infect you with their unique brand of indie-pop until you submit. Be warned. 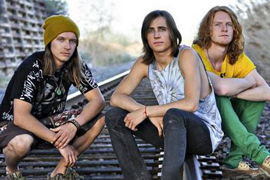 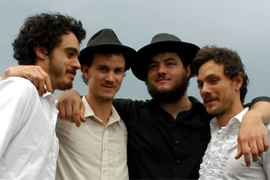