We were fortunate enough to see Between The Buried and Me during the Toronto stop of their headlining tour. Keyboardist and vocalist Tommy Giles Rogers gave us some time out of his busy schedule to talk about the group’s latest EP The Parallax: Hypersleep Dialogues and their time in Toronto recording in the Winter.

So you have been on tour for a week now, how has it been so far?
Tommy: It’s been really good, we’ve been home for a long time. Probably the longest in years being off the road so it’s good to get back and play some shows and people seem to be really excited about the new record, it’s going well. We have a good package on tour, the bands are awesome.

Your EP The Parallax: Hypersleep Dialogues came out not long ago, how has the reception been so far?
Tommy: It’s been really good man. Yeah that’s one of those things you never know when you’re writing music. You don’t really think about that till it’s done and hope. We always like it, but you never know how the fans will take it, but it’s been great. People online and magazines have been diggin’ it. It’s been good, no complaints.

Well you just kinda answered the next question.
Tommy: [laughs] Yeah yeah, and it kinda starts, there’s a character on “Swim To The Moon” on our last record and that is where the story starts. So this record starts where that one left off. There’s some connections with the song “Lost Perfection” on The Silent Circus and there’s connection with “Prequel To The Sequel” on Colors. So there are a lot of connections with older lyrics as well with the new stuff.

That’s actually really cool. Are you guys going to do a Dream Theater thing where you flow from one record to the next? Have you done that yet with the EP?
Tommy: Ahh not yet, we haven’t decided how we are going to start the second half so we might somehow make it flow from the EP.

I think that would be pretty sweet just putting on your computer and listening all the way though. You recorded the EP in Mississauga with David Bottrill. What made you decide to work with him?
Tommy: He showed some interest in us and we are big fans of a lot of records he’s done. Were big Tool fans, he’s done Muse, King Crimson, Silverchair, a lot of really inspiring records and we wanted to try something new and try to get out of our normal comfort zone and focus solely on the music because normally we record at home or near where we live, so it was completely cool to get away from our normal lives and just focus on the record. We recorded in Mississauga the drums, and we actually recorded down the street for the rest of the record. It was cool being in Toronto, we’ve spent time here on tour, but no extensive periods of time, so it was cool to see the city and hangout even though we worked all day.

You really got out of your comfort zone doing it in the Winter in Canada.
Tommy: Fuckin’ freezing! It snowed every day we were here. But it was cool ’cause even though it was miserable being that cold at times, we got the real experience of the Winter here.

You think it affected your music in any way?
Tommy: The music’s done, we already have everything before the studio, but performance-wise all the sun will affect everything. I think it made us all focus to get it done, doing good takes. We only had 10 days. It was stressful knowing we only had that little of time ’cause it was right before Christmas, so we couldn’t go over at all, but it went well.

Have you started working on the full length?
Tommy: Not yet, we have little bits here and there but we are going to take off the summer and start really nailing it down, hope to get a lot of it done. It’s too early to tell, see how it goes.

I’ve noticed that lately when you headline a tour in Canada you bring at least one progressive metal band (Lye By Mistake, Scale The Summit, Devin Townsend Project) and this time The Ocean. Do you usually get a say of who you bring out with you?
Tommy: Yeah, every decision with the band we like to be a part of it, we don’t like to be in the dark with anything. We’re a hands on band and have always been. We want to tour with bands that we know are rad as people and rad musicians. With this tour we toured with Job For A Cowboy in Europe and became really good friends with them last year. Their last record I think is awesome and their new EP I just heard, is awesome. The Ocean we’ve never met before, but they’re a good band doing a lot of cool stuff. They’re great live and we definitely enjoy watching them. It’s a cool tour.

Are you ever going to try touring your solo project to the point you come to Canada?
Tommy: There’s no plans as of now, but who knows. Time is the biggest factor, time and money. Between The Buried And Me are really busy. I did five shows last month in the States and it was the first time I’ve ever done it. It was cool and a very different experience. I would love to play up here, but all the finances are straight out of my pocket and it gets pretty pricey and finding musicians to play with me, it’s kinda tough to and travel. There’s a lot of factors, but maybe one day.

What are your plans after this tour?
Tommy: We are going to start writing the full length and in September we’re going to Europe playing Finland, Russia, Israel, Turkey, a lot of different places for about a month. Think we’re doing U.S. and Canada later this year, probably a headliner then take off writing the next record so that’s the year right there. 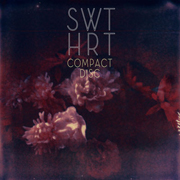