Jonny Hetherington, lead singer of the modern rock band Art Of Dying, recently spoke to me by phone about the band’s newest effort, Vices And Virtues. This is one of those albums that I dig top to bottom. If somebody told me they had $.99 cents and wanted just one song off the disc, I’d have a hard time making the choice. This is really a rock-solid album and not a compilation of singles that will fade away into oblivion within a few weeks. The band is currently out on the Avalanche Tour alongside Stone Sour, Theory Of A Deadman, Skillet and Halestorm. Here’s what Hetherington had to say about the new disc and what the year has in store for the band.

What was the writing process like for Vices And Virtues?
Jonny: Well we just kind of go on little trips with our gear and lock ourselves in a room and just write together for like week-long stints in friend’s basements. It has been really fun. I write a lot, so I bring a lot of those ideas to the retreats, but in the end we kind of work together on a lot of stuff.

Are there any tracks on the disc that are personal favorites or that have good stories behind them?
Jonny: Yeah man. There is a song called, “Get Through This,” because it takes you on a journey from the day my father was diagnosed with cancer. I was in Vancouver at my job when I got the phone call and I just locked the door and wrote the song. It has turned into a celebration song now because my dad is okay and he is in the clear of cancer. So when we play it now it is a total celebration for me.

Art Of Dying was signed by the guys from Disturbed. How did that come about?
Jonny: Basically we just worked hard in the trenches, did our own thing and never said no to anything that came along. Over the years we have gotten some offers to go over to England and play some of the bigger festivals like The Download. We got the offer and we did not know how we were going to do it so we just begged, borrowed and stole and made our way there. We got invited back after that for a tour with Seether and we just sort of made it happen. Those guys noticed how we were doing everything ourselves and we were putting out our own albums and that is how we gained their attention. We built a relationship on a tour with them and things just sort of went from there.

You guys are getting ready to head out on a pretty big tour with Skillet and a bunch of other big names bands right?
Jonny: Yeah it is Stone Sour, Skillet, Theory Of A Deadman, Halestorm and us. It is called The Avalanche Tour and it will be going all across America and for a handful of dates we will be hooking up with bands like Seether and Disturbed for bigger shows like Rock On The Range and Rocklahoma. Every day we are finding out about new shows and we are so excited and hi-fiving each other because we are really excited to be playing with these bands.

Rocklahoma should be a really cool show!
Jonny: Oh yeah it is like a real great mix of bands that are new and cutting edge with bands that are classic and heavier bands. For us it does not get any better than that.

What is the story behind the name, Art Of Dying?
Jonny: It is more of a philosophy to us than a band name. We were thinking about life on this earth and how important and precious it is, but the minute you are born you are on your way to death. Kind of a dark theme to think about. But when you think about your time here on earth and what you are going to do with it that is our philosophy. We try to enjoy every day, live well, have fun and party a lot. It is kind of a balance between taking yourself seriously and doing something good while you are here and also enjoying every minute of it.

What artist would fans be surprised to find on your iPod?
Jonny: Damien Rice.

Tell me about a book or two you have read that you think others should read?
Jonny: “Life” written by Keith Richards.

If you had not become a musician what other career path would you have liked to attempt?
Jonny: I never considered anything else.

What three words best describe Art Of Dying?
Jonny: My Life To Live… wait that is 4.

If you were a superhero who would it be and why?
Jonny: Jack Daniels Man.

What is next for you guys?
Jonny: We are going to be announcing a lot of other stuff after The Avalanche Tour.

Any closing words?
Jonny: We love meeting people online and after shows, we try and go online every day and if you have questions or comments just shoot us a message and we will get back with you. 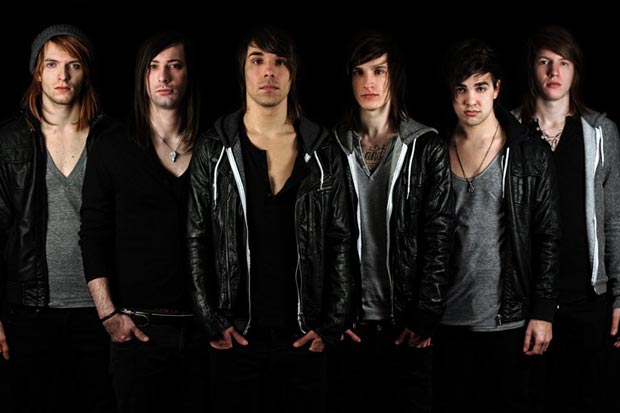 Upon This Dawning: “Italy’s Hardcore Heroes” 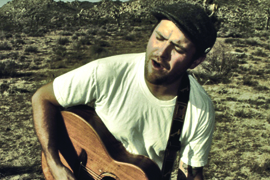