New Medicine is a recently formed band from Minneapolis, Minnesota. The group formed as recently as 2009 and in that time have already released their debut record and received a whole lot of mainstream attention. The group’s debut disc Race You to the Bottom came out last September and features eleven songs and thirty-five minutes of pure hard rock.

Race You to the Bottom’s first single “Laid” is a full-on three minutes of rock n’ roll, anger and frustration. The song is your typical bad girlfriend tune with lead singer Jake Scherer basically yelling at his ex-girlfriend for leaving him “laid up” and “let down.” “Laid” is a very solid debut single for this up and coming rock band. For what it lacks in originality it makes up for in energy and intensity. The guitar riff is simple, but effective and the “hey, hey” part of the chorus gives you something to sing along to. Overall a solid debut from a budding new band.

Check out the song: “Laid” 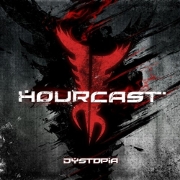