Jeannie Saiz, lead vocalist and guitarist for the stoner sludge metal band Shroudeater, spoke with me about the group’s newest release, ThunderNoise. As you might expect, ThunderNoise is a very heavy affair. It’s raw, overdriven and in-your-face, but also has a groove to it that just seeps into your skin commanding attention. Here’s what Saiz had to say about the band and their new release, ThunderNoise.

The name of the band, Shroud Eater, is interesting to say the least and sounds as if there is a story behind it. Where did the name come from and what is the story?
Jeannie: The name “Shroud Eater” is a term used to describe the traditional European vampire. Before vampires were romanticized by novelists and Hollywood, they were thought to be the “bringers of the plague”, essentially buried corpses who would spread plague and pestilence to their families and town from the grave. When people would dig up the grave, they would find the burial shroud placed over the head of the deceased with a hole “eaten” through the mouth area (modern forensics show that this happens when the body secrets bile and other nastiness post-mortem).

However people didn’t know this in the middle ages, so their remedy was to shove a brick into the mouth of these creatures in the hopes to stop further pestilence from running amok. We fell upon the name because I read a story one morning on National Geographic about a 16th century “vampire” corpse found in an archeological dig in Venice. I thought the back story was gruesomely cool and that was that.

Now that your brand new CD, ThunderNoise, is complete how do you feel about it? Are you satisfied with the outcome?
Jeannie: We’re proud of it, for sure. There are certain things production-wise that we wish now we could’ve changed, but essentially what’s done is done and we’re proud of our songs and compositions. If people can’t hear or appreciate songwriting beyond production there’s nothing I can do about it.

What was the writing process like for this CD? Did you guys all write together? How long did it take?
Jeannie: A lot of the songs were written by Janette and myself prior to finding Felipe. Once we started playing with him we would tweak the songs to better match his style of drumming. Essentially I’ll come up with the basic riff structure and then we all go through it and figure out what works and what doesn’t until we’re happy with the song as a whole.

Are there any tracks on the disc that are personal favorites or that have good stories behind them?
Jeannie: My personal favorite track is “Baying of Jackals” because it has a lot of personal meaning. The phrase “keep your friends close and your enemy’s closer” comes to mind. It’s about realizing certain people around you are jackals in the shadows trying to use your work and effort for their own gain – essentially parasitic people. The chorus and intro/outro to the song the lyrics are “Rise from the place where you hide – this time I’ve come to claim what is mine” – that’s a fucking statement of intent right there. It’s like “I know who you are, I see what you’ve been doing, I hear what you’ve been saying, now get the fuck outta my way because this shit is mine.”

When you write where do you draw your inspiration from?
Jeannie: Anger, mythology, the occult, natural disasters, the sea/oceans, thunderstorms, etc.

Are you looking at any particular bands you’ll be touring with?
Jeannie: We usually tour with our friends, if they’re available. It makes it more fun on the road.

Do you prefer studio or live?
Jeannie: They each have their merits – studio allows more experimentation, but the energy of playing live is an amazing experience. Ideally if we could capture the live energy in a studio and be able to experiment within that realm would be awesome.

What artists would fans be surprised to find on your iPod?
Jeannie: I don’t know if this is all surprising, but I listen to a lot of Leonard Cohen, Ravi Shankar, Nick Cave, Tom Waits, Tori Amos, PJ Harvey, Patti Smith.

Tell me about a book or two that you’ve read that you think other people should read?
Jeannie: I read “The Art of War” almost every night before I go to sleep. My father is a super white-collar business dude and told me I should read it in regards to work issues and stuff. When I started reading it though I thought it completely related to band stuff. You can’t read into it literally, as these are literally tactics of war – however, life is conflict. Conflict with people, situations, yourself, etc… After reading this book I started changing the way I approached certain situations and I think it’s made a tremendously productive change in my life. Highly recommended.

If you had not become a musician what other career path would you have liked to attempt?
Jeannie: Considering myself and the rest of the band all still work day jobs I wouldn’t necessarily say my “career” is a musician. My career at the moment is graphic designer, although I’m working hard to change that to musician.

If you were a superhero, who would it be and why?
Jeannie: I would be an evil villain and destroy every bigoted, hateful asshole on the fucking planet. I guess that’d be a superhero to some people too. 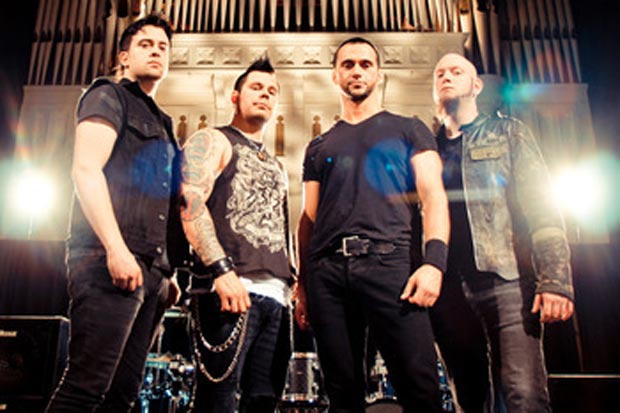 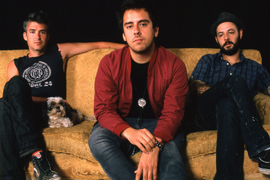