I recently had the opportunity to speak with David Corral the singer, songwriter and multi-instrumentalist who performs under the moniker of L.A. Calling. David’s currently recording with multi-platinum producers such as Trouble Valli (Crazy Town) and Erick Kirkland (Portrait). David Corral has shared the stage with many acts, including but not limited to: Cypress Hill, Incubus, A Flock of Seagulls, Rage Against The Machine and Boy George. Here’s what Corral had to say.

You are a busy man, can you tell me about some of the new projects you are working on?
David: L.A. Calling is very honored to be nominated for “Artist On The Verge” by the New Music Seminar. I’m also getting ready to shoot a music video for the song “Krush.”

I was just wondering in what kind of a musical environment did you grow up in? Did you have any formal training?
David: I grew up going to backyard Disco parties where my DJ friends would spin Freestyle and House music. You know… dogs barking, strobe lights flashing, and people crowding the driveway. At the same time, I would go to thrasher-punk gigs at Fender’s Ballroom in Long Beach and we’d slam to bands like Charged G.B.H. and Dirty Rotten Imbeciles. I would also go to South Central L.A. to see seminal shows like Descendents at The Balboa Theatre. And as for formal training, yeah, I took music theory, choir, guitar, and piano classes at East Los Angeles Community College.

Do you ever have any pressure from the record labels to make a hit record?
David: The pressure only comes from me challenging myself. I own L.A. Calling Limited, which is my record label. I’m more concerned with giving music fans quality.

What projects are you the most proud of?
David: Two of my songs were featured in a documentary called “Second Thursdays,” directed by Scott Lopez. I was happy to be a part of it because it had historical value. It documented the roots of a downtown event called the L.A. Art Walk.

Do you decide on a suitable sound fairly quickly, or do you tend to tweak tones obsessively?
David: It depends… some days are slow and other days fast. But I try to walk into the studio with the tone completely developed in my mind. If the song has a New Wave vibe to it, then my vocals will require a certain kind of reverb. If I want a sharper guitar tone, then I use EMG pick-ups. I was blessed to have worked with producer Trouble Valli (formerly of Crazy Town). I would explain what I needed and he knew exactly how to dial it in. He strives to give you that “radio ready tone.”

Have you listened to any artists recently that have moved you?
David: I think Ghostland Observatory is an amazing group. Their concept is original and their shows are filled with high-powered dance energy.

Do you prefer studio or live?
David: Playing live for sure… pure adrenaline!

What artists would fans be surprised to find on your iPod?
David: The soundtrack to the movie “Crazy Heart,” it’s a great rambler record. Also, I never get tired of listening to “Revenge” by T.S.O.L.; it has an incredible Punk-Metal-Goth sound.

Tell me about a book or two that you’ve read that you think other people should read?
David: “The Power Of Positive Thinking” by Dr. Norman Vincent Peale.

If you had not become a musician what other career path would you have liked to attempt?
David: I’m an artist and entrepreneur, so I would dedicate myself to developing my lifestyle brand. Currently I work on it part-time because of music. But it’s something I’m also passionate about.

If you were a superhero, who would it be and why?
David: I like Iron Man because he flies like a jet. I’d be able to avoid all the traffic when I go to the Dodger game. 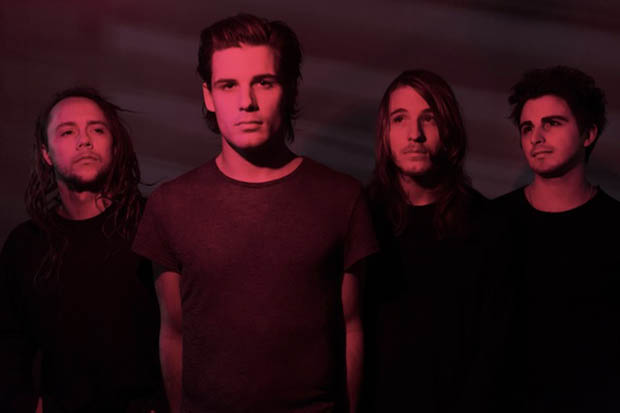