I recently caught up with Dave Ogilvie, front man for the Canadian pop/electronica group Jakalope, to discuss the band and their upcoming plans to trek across Canada later this year. Dave, an industrial musician and producer most famous for his studio work with acts such as Skinny Puppy, David Bowie, Nine Inch Nails and Marilyn Manson, formed Jakalope in 2003. Here’s how the conversation with this talented musician went.

Different groups have unique ways of writing their songs. How do you guys go about writing your music? Is it a collective effort or is it more the efforts of one particular member of the band?
Dave: For this CD, the starting point of all the music generally came from me. After I had the basis of the idea I would bring other people into the fold. It was different from other CDs as I had the ideas for the songs sketched before involving anyone else.

Every band has its musical influences. What are some of the other bands and artists that have greatly influenced you guys and your music?
Dave: Lots of influences from NIN to Garbage to New Order to Vanessa Paradis to Michael Jackson. Anything that perked up my ears always is an influence.

The name of the band is interesting. Where did it come from and what is the story?
Dave: The name came from a mythical creature that was a combo of an Antelope and a Jack Rabbit. I always loved the fact that it was a rabbit with horns. And the band was always myself and a mixture of other people, so Jakalope seemed to be a perfect fit.

When you are on the road for a while I am sure you see and experience many different things you might not even have known existed. Are there any stories that stand out in your mind as being exceptionally strange or odd?
Dave: I think the strangest overall was the first time we went to Japan. Just the fact it was such a different world compared to North America or Europe. We were welcomed with open arms, so it didn’t take long to fall in love with the country.

When you are out on the road anything can happen and often does. Can you think of any disastrous events that happened while out on tour? How did you solve the problem?
Dave: The worst thing we had to deal with was a Canadian tour in December. -40 degrees and we followed a storm from BC to Ontario. Unfortunately we couldn’t solve that problem. We just had to deal with it.

Any touring plans in the works?
Dave: We are gearing up for a cross Canada tour in the summer. For now we are just doing select shows across the country.

What artists would fans be surprised to find on your iPod?
Dave: How about Aaliyah and Billy Bob Thorton!

Tell me about a book or two that you’ve read that you think other people should read?
Dave: “Necromancer” and “The Tipping Point.” Both totally different, but lots of insight.

If you had not become a musician what other career path would you have liked to attempt?
Dave: Veterinarian.

If you were a superhero, who would it be and why?
Dave: Batman because he’s a misunderstood human, so he is easy to relate to.

What is next for Jakalope?
Dave: New video, touring, and lots of everything. 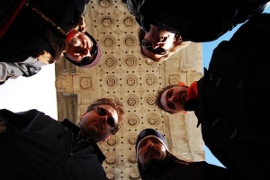 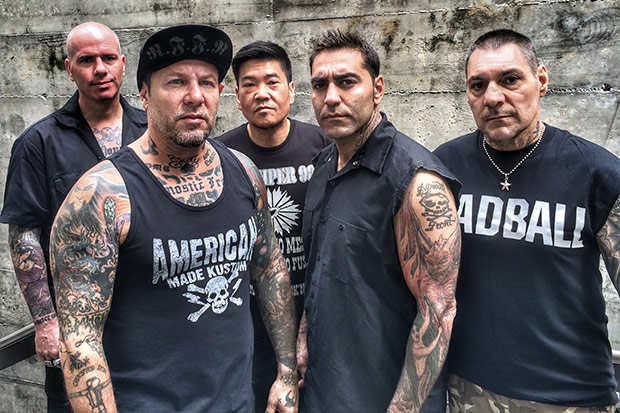