Andrew Taylor, vocalist for the Modern Rock band Forgotten Fable, spoke with me recently about the group and their self-titled release. Forgotten Fable has channeled all of their various influences from nu-metal to progressive metal into a wall of sound that is truly all their own. I would describe it as a modern rock sound loaded with classic riffs and great big melodies. However you describe it though, the music is honest, straightforward and heavy. Forgotten Fable is getting ready to hit the road for select dates on a small U.S. tour, so check them out if you get a chance, these guys rock. Here’s how the conversation with Taylor went.

Hey Andrew this is Bruce Moore from PureGrainAudio. How are you today?
Andrew: I am doing well thank you.

Now that you have had a little bit of time to sit on your latest release, how do you feel about it and are you still satisfied with the outcome?
Andrew: Yes we are. We really like what we did with the album. The album is a little lighter than our live show, but that usually tends to happen. One thing we didn’t want was to go for a harder more aggressive CD and then be lighter during our live show. Everyone gets so used to what is on the CD and if it gets lighter people kind of look at it in a different light. But if the live show is a little harder than the CD people do not usually get upset with that at all. We have people that have been buying it online and then when they see us live they enjoy it because there is a little bit more energy to it.

So the response has been good then?
Andrew: Yeah so far the response has been extremely good. We still get a little some cockeyed looks when we play a place for the first time because of the way we look and how we act onstage; some people are not prepared for that. Especially when they see all the other bands first who just go onstage with what they wore all day and don’t do too much. We get on stage and get dressed up all theatrically it usually throws them off because we get up there and play a full show. The response has been really good. It usually takes someone who is not used to listening to our music to see us two times before they end up buying the disc. There is something for everyone to look at and enjoy.

Are there any tracks on the disc that are personal favorites on the disc or that have good stories behind them?
Andrew: Either “Timeline” or “Requiem.” “Timeline” has a chorus that really gets to me when I am singing it. I write everything freestyle and sometimes I am surprised with what I get. So when I wrote “Timeline” I really really liked the chorus. I always write the chorus of a song first and then I develop the verses from that. So when I wrote “Timeline” the chorus really got to me because of what I am saying; “That my heart is content.” With “Requiem,” I am telling a story about where I was in life to where I am now. How I really hated my life to where I am now where enjoying my life and I am happy where I am at.

First off I want to say congratulations for winning best Nashville Hard Rock band for 2010. That is quite an accomplishment. Do you find that this award brings a certain amount of pressure with it as well?
Andrew: It did not add pressure to us, but it has almost hindered us in a way. We didn’t even know we were nominated. We got a call literally a week before the ceremony asking us to play live and then we found out we were nominated. We actually won that from our fans and people that follow us and just voting for us so that was a pretty big thing. The one thing we noticed though was that other bands kind of looked at us like competition.

We are kind of at a point right now that if we are playing with other bands they want to be the ones that shine and they do not want Forgotten Fable to get noticed or take away light from them. That has kind of hindered us and we are really fighting it. Before we were playing 2 and 3 shows a week and now we are down to 1or 2 and that is kind of frustrating. Since the nominations and the awards it has been more of a hindrance on the outside, but as far as in the band it has not. We have always believed that you do things to the best of your ability or you don’t do it at all.

What artist would fans be surprised to find on your iPod?
Andrew: Classical music.

Tell me about a book or two you have read that you think others should read.
Andrew: “He Came To Set The Captives Free”.

If you had not become a musician what other career path would you have liked to attempt?
Andrew: Youth Minister.

Any closing words at all Andrew?
Andrew: Never Quit. Every door that comes in your way… kick it down or open it up, but never quit what you want to do in your life. 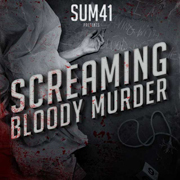 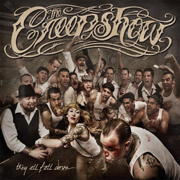 The Creepshow – “They All Fall Down”