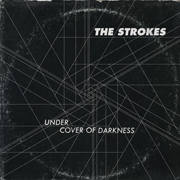 The Strokes – “Under Cover of Darkness” [Song Review]

Is This It was seminal, epochal, and renowned worldwide, but The Strokes have yet to find that garage-rock perfection since their early years. They came close with 2003’s Room on Fire and 2006’s First Impressions of Earth, but it’s never been quite the same. So with a forthcoming album titled Under Cover of Darkness, anticipation is rampant but tentative.

The title track is the first single from the new record and, opposed to the gloom the name suggests, it points directly to a bright future. It’s surprisingly under-produced – organic and messy like the best parts of their debut album – and although the verses are slightly insipid, the culminating choruses are impressive. The melody is surprisingly unique and even after 30-plus songs and 10 years, The Strokes are showing they’re still poignant and dangerously relevant.  [ END ]

Check out the song: “Under Cover of Darkness”