The Skinny: Regardless of how you feel about pop punk, It’s difficult not to admire a band that’s so forthcoming in its intentions; New Jersey’s Man Overboard has been proudly flying the “Defend Pop Punk” banner for the past couple of years, tearing through a slew of EPs and split releases pulsing with upbeat, nearly effortless songs that are as infectious as they are heartfelt. The full-throttle pace, unapologetically sweet melodies and and self-aware lyrics about girls, relationships and (of course) the inevitable breakup may not be your cuppa, but let’s all admit that Man Overboard do it better than just about everyone.

Real Talk, the quartet’s official debut full-length and first release with Run For Cover Records, doesn’t tinker much with the winning formula. However, it does find Man Overboard beefing up its sound with even more crushing riffage, an absolutely relentless rhythm section and an overall get-down-and-dirty aggression that was never as prevalent on past efforts. The production from Jesse Cannon (Saves The Day, Lifetime, Say Anything, Transit) also adds another thick, muscular layer to the album’s 12 barnburners, but not at the expense of the pristine recording quality. Real Talk feels enormous, yet it also feels warm and intimate, in large part to the simple, sweet messages belted out by co-vocalists Zac Eisenstein and Nik Bruzzese.

From the second that the title track erupts, there’s no doubt that Man Overboard is on a mission to not only take pop punk to another level, but also to make Real Talk as fun and relatable as possible. Real Talk was recorded, mixed, engineered and produced by Jesse Cannon at Cannon Found Soundation Recording Studios in Union City, NJ and was mastered by Alan Douches at West West Side in New Windsor, NY. Run For Cover released the record on July 20th on 12″ vinyl, CD and Digital formats. 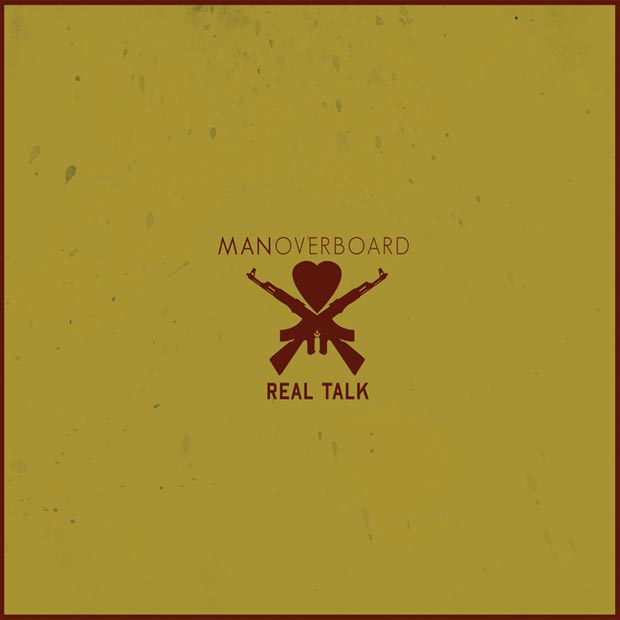