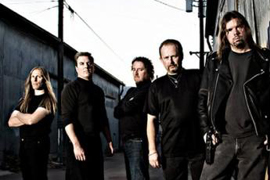 Starting today, Bravewords.com is premiering “Bringing on the End,” a track from the new Jag Panzer album, ‘The Scourge of the Light’, which is slated for a March 8 release via SPV/Steamhammer. Check out exclusive premiere on the Bravewords “Knuckle Tracks Player” at THIS LOCATION.

The American band has never sounded as impressive, mature and accomplished as on their latest album ‘The Scourge Of The Light’ (out on 28 February 2011 in Europe, 25 February 2011 in Germany, and on 8 March 2011 in the US).