We recently had the opportunity to speak with The Famine vocalist, Nick Nowell about the band’s upcoming new release, The Architects of Guilt. This is the group’s third full-length release (second on Solid State Records) and is about as solid of a death metal record as you can get; it’s heavy, brutal and in your face. In my opinion, it’s definitely their best effort to date. This said, the past year has been rough for The Famine. Their studio and equipment burned down back in February, yet they’ve bounced back and released a fantastic disc. Here is what Nowell had to say about The Architects of Guilt.

The name of the band is interesting to say the least and sounds as if there is a story behind it. Where did the name come from and what is the story?
Nick: The band name came about before I was actually a member, but I can only guess they picked it because it looks cool when you write it in pointy letters. In all seriousness, I think the concept of being without something you need is a very scary thing with which we can all identify, which makes it perfect for metal.

Now that your brand new CD, The Architects of Guilt, is complete how do you feel about it? Are you satisfied with the outcome?
Nick: We went through so much to make this record, and I think we ended up with a perfect representation of the climate in which it was created. There are things I’d like to do differently next time, but I think we ended up with an album that really sets the stage for a new chapter in The Famine.

Different groups have unique ways of writing their songs. How do you guys go about writing your music? Is it a collective effort or is it more the efforts of one particular member of the band?
Nick: The first record was completely Andy, soup to nuts. Things were a little different for this record. I have a background as a guitarist, so I was able to contribute riffs and ideas, and Mark and Jon both brought their A game to writing sessions. Although Andy is still the engine of this operation, these songs took shape in the community of our rehearsal space, not Andy’s bedroom. We approached this as a group effort, and I think the final product benefited as a result.

Many of your songs are so hard and intense that I am sure they translate well into a live setting taking on a whole new life in front of a live audience. How does it make you feel when the emotion and power that you envisioned in the recording studio, come to life while playing in front of a crowd?
Nick: Playing these songs in front of people is a uniformly cathartic experience. The songs really take on a new life on the stage, and the ability for us to interact with an audience adds fuel to the intensity of the songs. We aren’t spring chickens, we don’t throw our guitars or cut ourselves or do crab dances, but I think that seeing us play these songs live will be a singular experience because of the sheer intensity of our approach to what we do.

The art work is quite amazing. How is it tied to the album’s title?
Nick: I talked to Ryan Clark about the lyrical theme being very uncomfortable and discussing human nature without delving into clichés like Satan and gore. Ryan is a guy who knows metal and who knows the art world, so he was the perfect guy for this job. He came back with a concept that is not blasphemous, but is uneven and uncomfortable. You look at it and you want to look away, but you aren’t exactly sure why. If I wanted to take it this far, I could say that the image on the cover represents the hideous architect of guilt within each of us. It’s ugly and it’s crystal clear.

Give us some insight into the record and the meaning behind its title?
Nick: Each of the songs is a little vignette into a situation where normal people are either engaged in or condoning horrific behavior. I wanted a title that could serve as a thesis statement for each of the little stories in the record. The Architects of Guilt is a perfect description of the actors and audience in each of these songs. These people, when they are engaged in this behavior, are perpetrating everything that is wrong and disgusting. Often times we are these people. This is our guilt; the blood on our hands.

Give us some insight into the album lyrically. This is a super pissed off sounding record!
Nick: The idea of using this bully pulpit to complain about how my ex-girlfriend treated me or opine about how much I miss my grandfather seems like a hackneyed waste of a fantastic opportunity. I listened to punk rock before I was into metal and crossover hardcore lead me to grind, which is what lead me to death metal. The music that paved the path to where I am today was and is full of scathing social commentary, political observances, and grim criticism. I’m in no position to speak about what metal should and shouldn’t be, but I am personally compelled by my influences and experiences to write about something larger than myself.

What artists would fans be surprised to find on your iPod?
Nick: Oh man. I’m a huge John Denver fan. Those who are close to me know this well, but I’m a giant fan of 90’s alternative rock. Third Eye Blind, Our Lady Peace, Athenaeum, the Goo Goo Dolls, etc. This isn’t a surprise to anyone who knows me, but Jets to Brazil is my favorite band of all time. I even have a JTB tattoo. I’ve also been known to jam silly stuff like Apoptygma Berzerk and Manowar.

Tell me about a book or two that you’ve read that you think other people should read?
Nick: I think that everyone should read “The God Delusion” by Richard Dawkins. It’s everything nonfiction should be; scandalous, intelligent, and informative. I just offended all sorts of people by picking that one. Read it and decide for yourself. On the other side of the spectrum, I think everyone should read “A Prayer for Owen Meaney” by John Irving. I’m not usually one to champion the merits of contemporary fiction, but this is a magnum opus of a work. It is emotional and beautiful and tragic in a way that only literature can be, and it really spurred some personal self-discovery for me.

If you had not become a musician what other career path would you have liked to attempt?
Nick: Good question, I actually had a career path before The Famine. Before our album came out, I was teaching seventh grade English. I have an English degree and I’m state certified in Texas to teach seventh through twelfth grades. I hope someday to return to the teaching field because it is something I genuinely love, but I’d like to let the band thing take its course first. If nothing else, I’ll have some cool stories to tell my students between chapters of “Fahrenheit 451.”

If you were a superhero, who would it be and why?
Nick: I’d be Jim Varney in that movie where he saved Halloween. Or the one where he saved camp. I was never really big on superheroes growing up, but Superman really seems like he got the best gig out of everyone. Let’s get this straight: he can fly, has super strength, laser vision, and chiseled abs? His only weakness is a super rare element? I’d trade in my Asthma and love handles for a Thulium allergy any day. Also, how pissed is Aquaman?

What is the one thing you absolutely insist upon in your rider?
Nick: A six pack of beer, and let me tell you why. The beer is a canary in a coal mine. If your venue is so strictly conservative or religious that you refuse to provide us with the same Pabst tall boys that your pastor drinks at football games, we probably aren’t going to see eye to eye on most things. The last thing we want is for someone to book us thinking we are going to close with “Our God is an Awesome God” and then we bust out “Killing for Sport.”

Any closing words?
Nick: Thank you, and free the West Memphis Three. 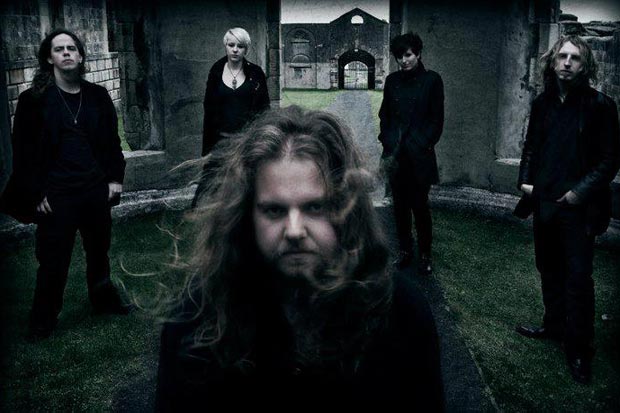