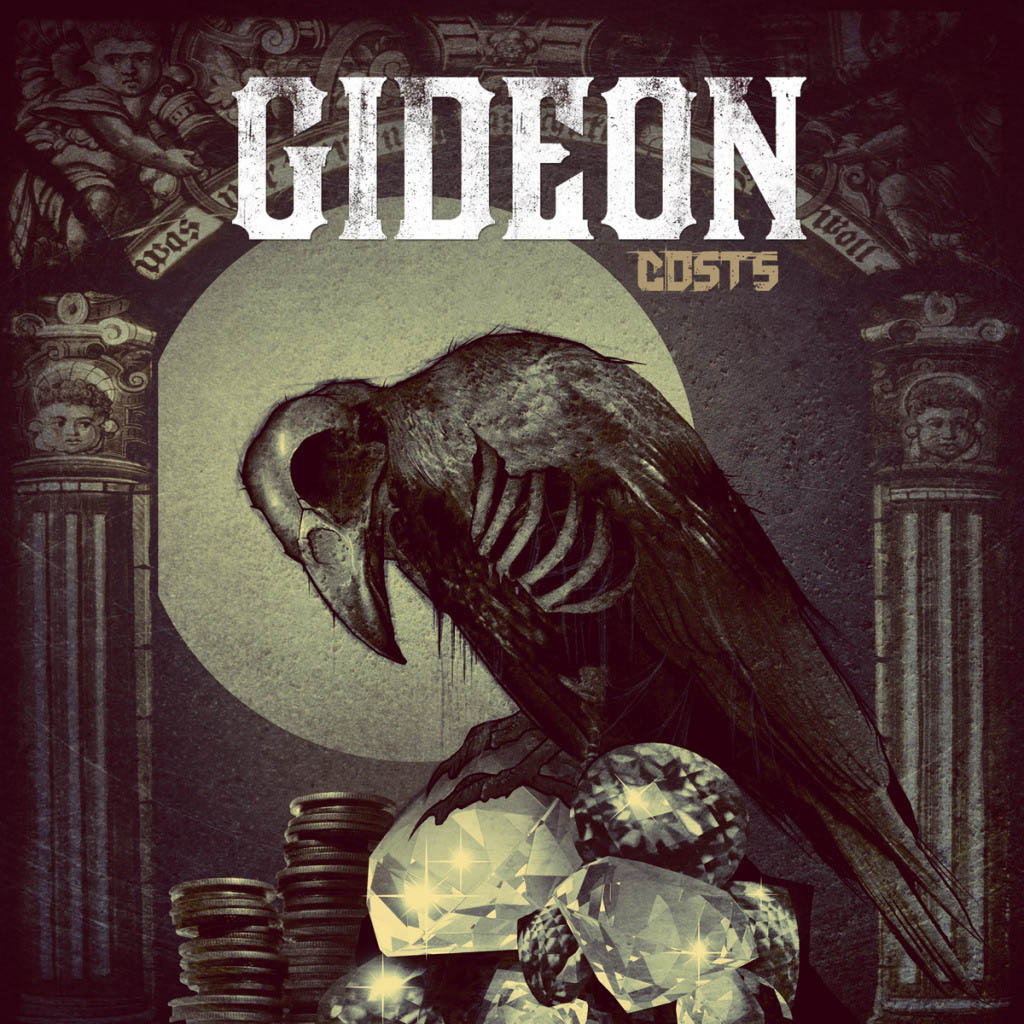 Buckle up for one heck of a ride. The debut release from the Alabama based hardcore band Gideon is one heck of a disc. The band establishes their presence from the very first note and what follows is a frantic frenzy that doesn’t let up for a full 28:00 minutes.

The opener, “Costs” is a battering ram of a song that gets things underway and grabs the listener’s attention. The deeper i dug into the disc however, the better I thought it was. By the time I arrived at about the halfway point and came across tunes like song, “Foundation”, “Brave New World” and “Virtue”, I was sold hook, line and sinker. These tunes are heavy, riff driven behemoths that really pack a punch. While this is a hardcore record, at heart there are some slowed down tempos and clean melodic vocals scattered about that I feel really give the disc depth.

One of the things I like the most about this release is the guitar tone. All of the tunes work off some really cool riffs, but it is the heavy, chugging guitar tone that really caught my attention. I totally dig it! I would not do this CD justice without at least mentioning the overall production, which is honestly terrific. It’s big and brash but not overly distorted; in my opinion there is a very tasteful mixture that just makes this disc so good.

At the end of the day, even though it is only just over 28:00 minutes long, I think it’s a solid debut from a band I hope to see more from in the future. If they keep churning out tunes like the ones on this disc, they are sure to hold their own in the metal world.  [ END ]

Check out the song: “Virtue”