The Skinny: When people think of Italians, they might automatically picture the cast of MTV’s hit reality show “Jersey Shore.” Italians are stereotyped as fake-tanned guidos who constantly say “bro” and use the fist pump as their signature dance move. Metalcore band MSWHITE prove the Italian stereotype wrong by reminding us that not every Italian is a DJ Pauly-D lookalike. With their heavy sound and contagious riffs it is obvious that MSWHITE are putting Italian hardcore on the map.

Originating from Turin, Italy MSWHITE prove that Italy is a breeding ground for talented hardcore music. The band got together in 2007 when singer Andrea Ancari and drummer Paolo Canetti met and started jamming. The addition of passionate guitarists Luca Cavaglia and Davide Cagliero, and bassist Andrea Dell’Osa perfectly completed the unit. The band first began booking gigs and touring around their home country, until being noticed by The Artery Foundation, a company that manages bands such as Attack Attack, The Devil Wears Prada and Emarosa.

While embarking on bigger European tours and recording their LP, Dave Shapiro from The Agency Group contacted the boys with an opportunity to be signed to his new label Velocity Records, the same label that signed Canadian-Italians Abandon All Ships. After accepting this amazing offer, the boys spent the past May and June recording their first release Squares. Since its release date on September 28th, MSWHITE is achieving international success and has toured with acts such as Hopes Die Last, Enter Shikari, Haste The Day and Sleeping with Sirens.

They can barely speak it, yet all of their lyrics are written so eloquently in the English language. The band cite their influences are other genre-defining bands such as Confide, Dance Gavin Dance and Architects but frontman Ancari’s pipes sound similar to that of Underoath’s Spencer Chamberlain, possessing the same fierce screams and charisma. This is a solid act to come out of the Italian hardcore music scene, and in 2011 they are definitely going to hit North America strong and hard with their infectious songs.  [ END ] 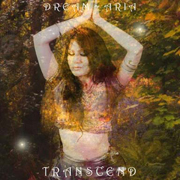 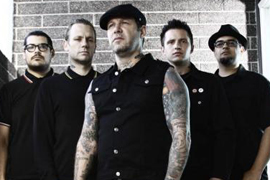