I recently had the pleasure of speaking with Steve Karp, guitarist for the legendary NYC hardcore band, Yuppicide. After more than a ten year hiatus the band have released a new disc, Anthology ’88 to ’98 that features all of the band’s music from you guessed it, 1988 to 1998. Yuppicide has also just returned from a successful 16 day jaunt in Europe and they will be playing a few shows in the States before they call it quits once again. Here is what Karp had to say about the band, their new disc and their legacy.

Hey Steve how are you doing? This is Bruce Moore from PureGrainAudio.
Steve: I am doing good thanks.

Now that your CD, Anthology ’88 to ’98 is complete how do you feel about it and are you satisfied with the outcome?
Steve: You know it is out, it is selling and we couldn’t be more happy. It was everything that we wanted to do, you know, sound wise, it sounds fantastic. The only regret we have is that the stuff didn’t sound this good in the early ‘80s and ‘90s. Visually this thing is just a masterpiece. Jesse Jones really went above and beyond, he sweat blood to put this thing together in a way that is just awesome. We knew we were going into this and this was going to be our legacy. So there was no way we were going to cut corners or do anything half-assed. Looking at now I think we really achieved our goal. We are really stoked on it. It is magnificent.

Are you going to be releasing singles and videos from this disc?
Steve: You know what we did? In Europe we re-released each LP on vinyl and each LP has a cover that is drawn by one of us. So Jesse Jones did the cover for “Fear Love,” I did the cover for “Shinebox,” and Joe did the cover for “Dead Man Walking.” That is pretty much the deal we had with the people who wanted to put this thing out. Dead City Records did the CD and then over in Europe this guy Daniel did the vinyl over there. All the videos have already been released on the internet so I don’t think we are going to do anything because people have been coming out of the woodwork with videos they shot. So it is all out there for free for people to come and get as they choose.

Vinyl is a pretty cool idea. Is it selling pretty well?
Steve: We went on tour with it and people were buying them by the fistful. The damn things were doing really well. They also did really well in presale because the distributors were buying them a whole bunch at a clip. The best thing for us is that nobody lost any money on this. We all have day jobs and we don’t have to make money at this. The fact that the people who are doing this aren’t losing money on it…that is our validation right there.

I know you mentioned Europe. You guys just got back from a European tour. How did that go?
Steve: It was fantastic. It was really great man. It was 16 days, we played the day we left and the day we arrived and it was good man. We were not prepared for how good of a turnout we were going to get at the show. People were just stoked and it was just like the old days. People were stage diving, we are not talking about young kids; we are talking about people in their 40’s. They were stage diving and going crazy and jumping all over each other. We weren’t expecting that at all. Some of the shows had to be moved to bigger venues because the hype of the tour was so much that people were excited that we were playing again and better than they ever were. It was great and if I had my way I would still be on tour.

That is interesting. Did you find the crowd to be a decent mix of ages or were the shows mostly older fans?
Steve: I got to say it was probably about 90 % of people that had seen us in ’92 and ’93. It was all older folks who had seen us. Even though we were playing with younger bands the people going the craziest were the older people. It was really cool we really didn’t know what to expect. We just thought we would go over to Europe and be lucky to have 50 or 60 people at the shows and we were selling out gigs. We were so stoked on that.

Do you find that the rigors of touring take more of a toll on you as you get older?
Steve: 100 % hell yeah! When we got over there we looked at each other and were like, you know we used to do this for two months at a time how the hell did we accomplish that? You know touring is definitely a young mans game. I gotta say Jesse and I managed to get real sick on tour. It is a lot of fun but it definitely beats the hell out of you for sure.

Did you ever imagine you would be releasing records over 20 years later?
Steve: You know…no. When we packed it up we honestly all thought that it was it we were done and we had a good time. We never really thought that later on down the road people would feel the need to have the material again. In our own hearts we never really considered ourselves to be big; we just kind of figured we were maybe a cult kind of band. As time went by people just kind of wanted the material and we were pleasantly surprised that people still gave a shit.

Will this be a catalyst for a reunion of sorts or was this just sort of a one off?
Steve: You know, I would love to say we are going to be doing more stuff but it is not really in the cards at this time. We are in our mid 40’s now and we were talking about it the other day and the band has actually been apart longer than the band was in existence. Now we kind of have these separate post Yuppicide lives. We were thinking there is not really a good easy way to get back into the swing of how we were doing it when we were firing on all cylinders. I think we will do a few last shows here and there. We are going to fulfill a couple of obligations and then probably let it fizzle out on its own just because getting old and having all of these obligations is taking front seat now.

Are those show and obligations going to be in the States?
Steve: Yeah, absolutely we have a couple of shows coming up that we are really looking forward to. These will probably be the last shows for a while because everybody has families, jobs and kids that sort of make life a little bit harder to be a performer.

In a hundred years from now what will the music history books say about Yuppicide?
Steve: If they even remember us I would be happy with a one line thing that says, “Here are some guys that got together in Brooklyn and went against the grain.” I would be happy if they said that and if they even gave a shit about us. If they mention us in the same line as some of the bands we looked up to I would be stoked on that…that would be a good legacy.

Any closing words at all Steve?
Steve: Yeah I would like to thank you and anyone else who has managed to still have an interest in us and contact us and still give a shit to hear what some old farts have to say. 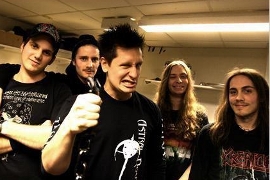 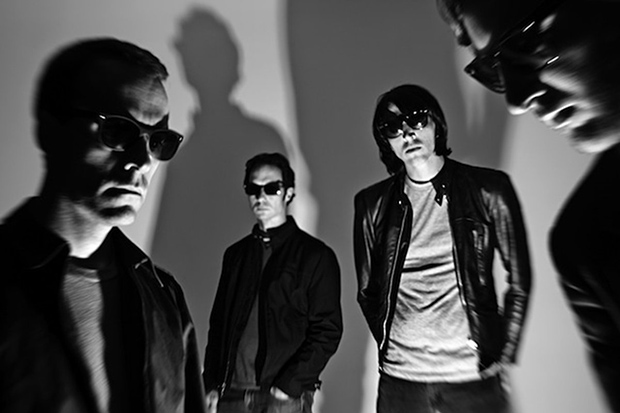