Josh James, lead singer for the Straight Edge hardcore band, Casey Jones, spoke with me about the band’s newest release, I Hope we’re Not The Last. After nearly 8 years this is going to be the band’s last disc; they are calling it quits at the end of their current tour. The band is currently on the road in Europe and they will be touring through most of 2011. Here is what James had to say about the band, the disc and their final tour.

You guys are currently on tour in Europe. How is that going?
Josh: Lots of bread, snow and sweaty kids… so pretty awesome.

Now that your brand new CD, I Hope We Are Not The Last, is complete how do you feel about it? Are you satisfied with the outcome?
Josh: I think it’s Casey Jones at our best. It’s a good combination of our first and second record so I think fans will be into it too. If I want to get real picky with it I can find a few things I’d like to do differently, but overall I’m really pumped with how it came out.

What was the writing process like for this CD? Did you guys all write together? How long did it take?
Josh: Usually John and myself write riffs or full songs and then bring them to practice and we will all put in input and go from there. Most of these songs were written in 2008 and were going to be on a Eulogy Recordings release. We had a falling out with the label so the songs went nowhere until now.

Give us some insight into the record and the meaning behind its title?
Josh: This record is our final record before breaking up. ”I Hope We’re Not The Last” comes from a Minor Threat lyric that refers to being young at heart and always searching for new ideas. I think it’s harder and harder to find bands nowadays that have a message or idea that they want to share. It’s hard to explain, I guess it’s saying that we hope this kind of music never dies, that the idea of punk and hardcore never dies, that the idea of change never dies. Not that it would die because we are breaking up, ha, we don’t think that.

I understand this is going to be your last release. What is the reason for ending this project?
Josh: It’s time for us to move on and close this chapter in our lives. Everyone is still Straight Edge, still listens to punk and hardcore and still lives that lifestyle but it’s just time for us to end. We have never been a full time band and never will be. We don’t want to be a band that lasts for 20 years and gets together every once in a while to play a few shows, we’ve done that for years and it ends up feeling like you’re putting something on the back-burner than you are actually being active with something. We love these songs and believe in them so we figure this is a great opportunity to release new music and end the band with a bang.

All of that passion that you play with must be tough on you physically. How do you prepare for the physical demands of a tour?
Josh: Ha, no sleep, no showers and bad food.

What kind of touring plans do you have after this European run? Any plans to hit the States?
Josh: We have some CD release shows with H2O and Comeback Kid in Florida and then we go out with Hundredth, The Mongoloids and Death Before Dishonor all in January. We will be planning a final North American tour as well as a final European tour in 2011. Hopefully we will be able to hit up other parts of the world too.

What artists would fans be surprised to find on your iPod?
Josh: Hmmmm… Avril Lavigne?

Tell me about a book or two that you’ve read and think other people should read?
Josh: I recently read a book called “Breathing Underwater” by Alex Finn. Check it out.

If you had not become a musician what other career path would you have liked to attempt?
Josh: Probably a Chef.

If you were a superhero, who would it be and why?
Josh: The Ultimate Warrior… most people think he’s just a wrestler, boy are they wrong. I don’t think I need to explain why, it’s pretty obvious.

What is the one thing you absolutely insist upon in your rider?
Josh: Water. That’s about all our rider consists of.

Any closing words?
Josh: Make sure you pick up our new record, I Hope We’re Not The Last, on iTunes on January 11th, we’re self-releasing it and we put a lot of time in it. It’s a ripper!  [ END ] 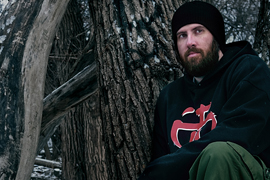 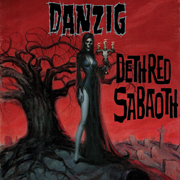