The Skinny: Her Demise, My Rise are the latest band signed to indie label Uprising Records. Hailing from Southern California, they bring you aggressive in-your-face hardcore in their debut release The Takeover. Their album consists of heavy tracks with duets from fellow Californian electro-rapper T.Mills and Of Mice and Men frontman Austin Carlile.

Her Demise, My Rise bring you party hardcore that will have you jumping up and down with that infamous red cup in your hand. They were supposed to be on the Smoke Yeah Later Tour with Volumes and Kingdoms of Giants, but unfortunately had to drop out due to a discrepancy with a company that was supposed to supply them with a van. However, this incident just made the band stronger, proving that nothing could stop Her Demise, My Rise from taking over stages with their slamming guitars and countless breakdowns. They recently released the video for their first single “Take The Crown” and have been receiving nothing but positive feedback.

Their sound is perfect for fans of bands like Attila, Carnifex and Emmure. Since the May 2010 release of their album, the group has only been getting bigger and 2011 is going to be a year to remember for them. Check them out now!  [ END ] 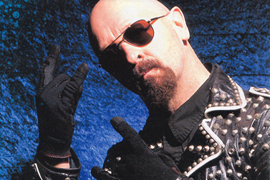 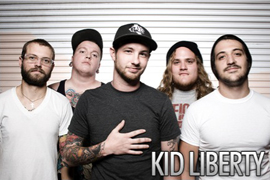