On December 17, 2010, Grammy®-nominated metal group As I Lay Dying shot a new music video for the track “Anodyne Sea” off the band’s latest album ‘The Powerless Rise’. Directed by McFarland and Pecci of Killswitch Productions and shot in the band’s hometown of San Diego, California, Anodyne Sea was shot from the POV perspective of drummer Jordan Mancino. The video tackles the issue of free speech and the worst case scenario of what could happen when you stand up for what you believe in regardless of the consequences. Check out the premiere of “Anodyne Sea” exclusively on CraveOnline.com HERE.

As I Lay Dying frontman Tim Lambesis comments on the video and working with the directing duo; “Ian and Mike have a passion for their art and they brought us an incredible treatment. Conceptually, I enjoyed making a video that is outside the box and with a style that is incredibly unique. I’m proud of the outcome and can’t wait for our fans to see it!” Technology played a crucial role in McFarland & Pecci achieving their vision. The video is shot using a custom designed helmet-cam rig with a Nikon D7000 HD-SLR camera and Teradek Cube for wireless video monitoring, both being cutting-edge video products. As I Lay Dying’s ‘Anodyne Sea’ marks the first ever music video to use this revolutionary technology, which is sure to start popping up in future music videos from artists spanning all musical genres.

Music video directors Ian McFarland and Mike Pecci have built a reputation for using the cinematic arts and sciences to translate the darkest moments of humanity into a visual experience. Their style is gritty, raw, sometimes controversial, and always compelling. “We collaborated closely with the band on this video to create a raw, intense look at the potential consequences for standing up for what you believe in. It is astounding to think about how many people are blind to the fact that violence is used every day to control public and personal opinion. As I Lay Dying is to be commended for having the balls to create a video where they step outside their comfort zone and make such a relevant clip for our times” commented the directors. 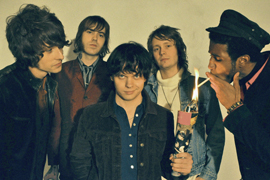 The Booze – “Kick Me Where It Hurts” [Free Download] 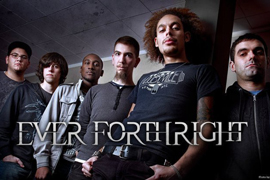