Vancouver folk metallers Scythia, fresh from returning home from their “Exiled Across Canada Tour” in support of their debut release ‘…Of War’, have announced they will be premiering on Blank TV their 5 part Red Wizard mini-series that they filmed via an iPhone while on the road.

The miniseries follows the band while on tour stops across multiple Canadian cities and tells the story of Scythia’s encounters with the evil Red Wizard.

“We came up with idea while we had a few days off on the tour and were visiting sites in various cities we performed in. Scott our keyboardist had his iPhone so it came in perfectly handy to do the videos. We hope the fans like it and have a good laugh.” comments Scythia vocalist/guitarist Dave Khan.

To view episode 1 of the Red Wizard scroll down.

Scythia will be hitting the studio to record their follow up album in the coming months. Title and track listing of the album will be announced in 2011 along with tour dates. 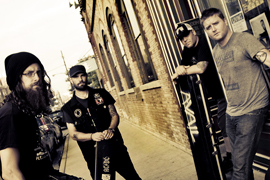 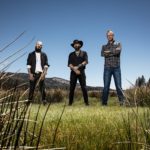