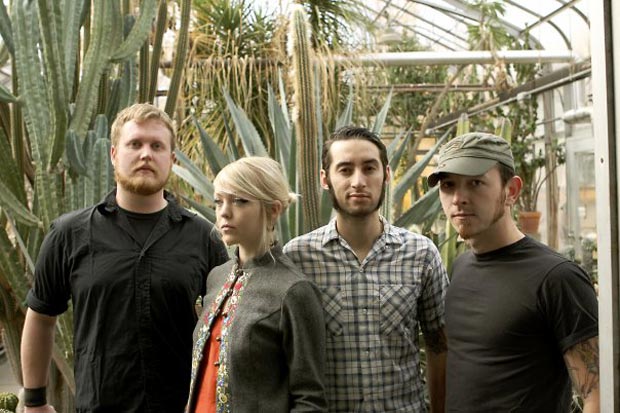 Bloomington, Indiana’s Murder By Death recently announced the January 25, 2011 release of a special 10th Anniversary box set that will include their 5 full-length studio albums, 3 Eps and 3 bonus albums full of demos of rarities. The 11 piece set is entitled ‘Ten Years’ and each release will be pressed on extra thick vinyl and available in either a branded wooden box or cardstock foil box.

The band is producing the entire set themselves and if the set is purchased as a gift for the holidays, they’ll handwrite a postcard for the recipient. Each item (including the cardstock foil box) will be available for individual purchase so collectors will not have to repurchase any items they may already own. A complete list of the contents and purchasing options can be found on the band’s website.

Murder By Death singer and guitarist Adam Turla commented: “10 years of Murder By Death – all collected in this comprehensive boxed set. The first 250 copies come in a branded wood box and the next 1000 come in a thick cardstock foil edition. Buy ‘em as a boxed set or as individual components so you don’t get shafted if you’ve already got some of the albums on vinyl. We’re pumped to be collecting all this material together and making it available on vinyl and digital. Wooooo!”

The band have announced a few upcoming shows including a New Year’s Eve gig in Lawrence, Kansas at The Granada. Murder By Death is touring in support of their most recent release, Good Morning, Magpie, which was released on April 6 on Vagrant and immediately landed the #5 spot on Billboard’s Heatseekers Chart and marked the band’s debut on Billboard’s Top 200 chart.